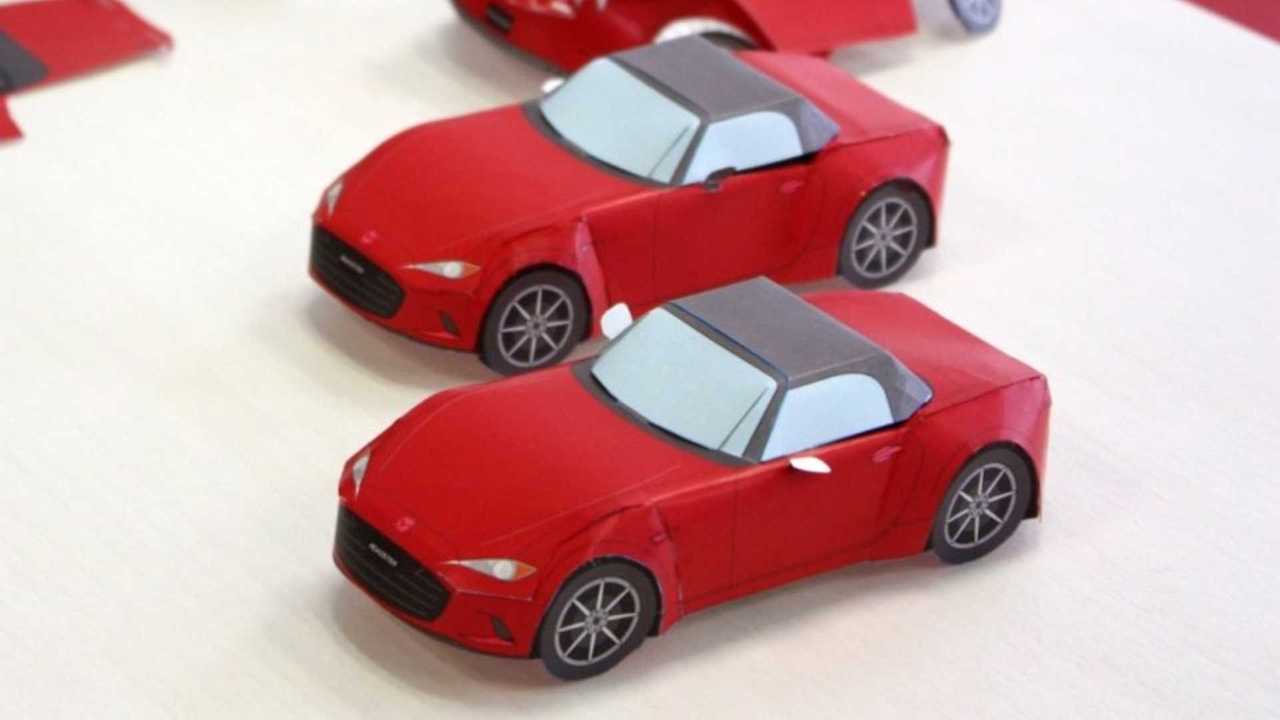 There are lots of other Mazdas to build, too, like the Cosmo sports car.

If you're looking for something to do at home, then Mazda has an answer by releasing a series of free papercraft models that you can print out and build at home. The company classifies them into low, medium, and high difficulty levels. Some of the kits have multiple pages of parts to cut out and assemble. You can find all of them in a post on Mazda's site.

The low difficulty models are mostly fairly modern Mazda products, like the CX-3, CX-5, Demio (Mazda2), and Axela Sport (Mazda3). The medium models offer a mix of eras by including the Atenza (Mazda6) and 1980 Familia (sold as the GLC in the United States).

The really exciting models all have high difficulty ratings. The MX-5 Miata is the sole modern vehicle among them. There's also a 1960 R360 Coupe, 1967 Cosmo, and 1969 Luce Rotary Coupe.

If you're new to papercraft and need some help, Mazda has a page describing the assembly process. It involves cutting out the shapes and then folding them appropriately. Glue the sections together and use paperclips to hold the sections together while the adhesive dries. The result is a little model car that you can play off, and since it's just paper, you don't have to feel bad if anything happens to the vehicle.

More Fun, Automotive-Related Things To Do If You're Stuck Inside:

Mazda isn't alone in releasing papercraft models to help people occupy their time at home. In early April, Toyota released six pages that depicted the 86 in a variety of important racing liveries for the brand. All of them were just a single page of components, so they were simpler than many of the models that Mazda just released.