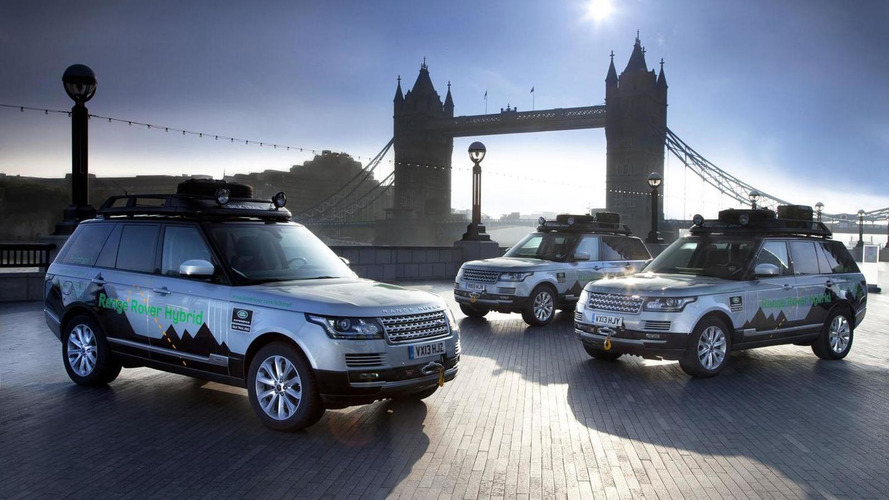 Land Rover has announced the Range Rover Hybrid will be put through a grueling 9,950 mile (16,013 km) expedition called the Silk Trail 2013.

Land Rover has announced the Range Rover Hybrid will be put through a grueling 9,950 mile (16,013 km) expedition called the Silk Trail 2013.

As part of the expedition, three Range Rover Hybrids departed from Solihull, UK on August 22nd and are scheduled to arrive in Mumbai, India on October 15th. Over the course of 53 days, the models will trace the Silk Trail which is a "historical network of interlinking trade routes which connected East, South and Western Asia with the Mediterranean and European world." The route will take the models though France, Belgium, Germany, Poland, Ukraine, Russia, Uzbekistan, Kyrgyzstan, China, Nepal and, of course, India.

According to Expedition Leader Dougie Dale, "We are delighted with progress so far, but the European leg is the easy part with good road networks – this has allowed us to use the Hybrid system to great effect predominantly in urban areas. As the expedition heads towards Eastern Europe and beyond over the next week, we expect the terrain to toughen and we will really start to use the Range Rover Hybrid’s uncompromised capability.”