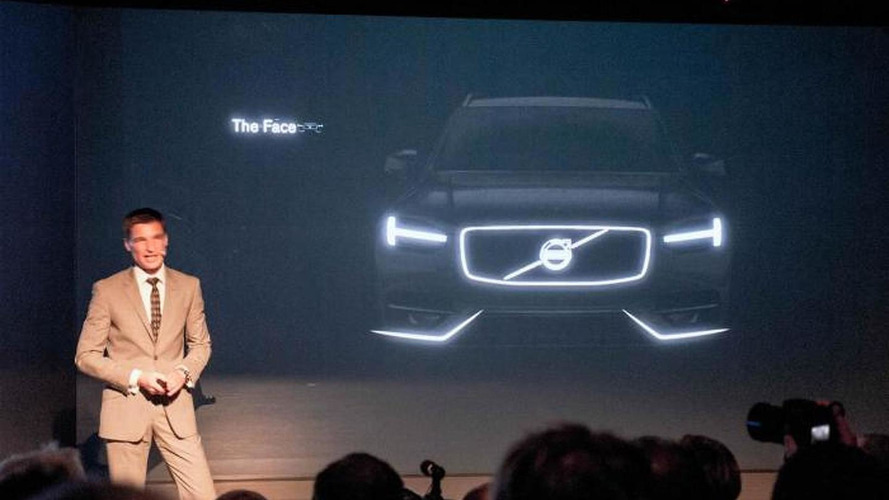 Confirmed for a late 2014 launch as a 2015MY, the new XC90 can be seen in these darkened pics where we take a look at the large front grille and newly designed headlights featuring T-shaped daytime running lights. We also catch a glimpse at the SUV's rear quarters with the distinctive LED taillights.

The 2015 XC90 will be Volvo's first model developed under Geely ownership and will ride on the Scalable Product Architecture (SPA) with power coming from the recently introduced Drive-E engines. It will also come with a wide array of safety technologies like Adaptive Cruise Control with Steer Assist, Animal Detection, as well as Road Edge and Barrier Detection with Steer Assist.

Additional photos can be found at the source link below.