BMW 7 Series Electric Rumored To Have At Least 650 Horsepower 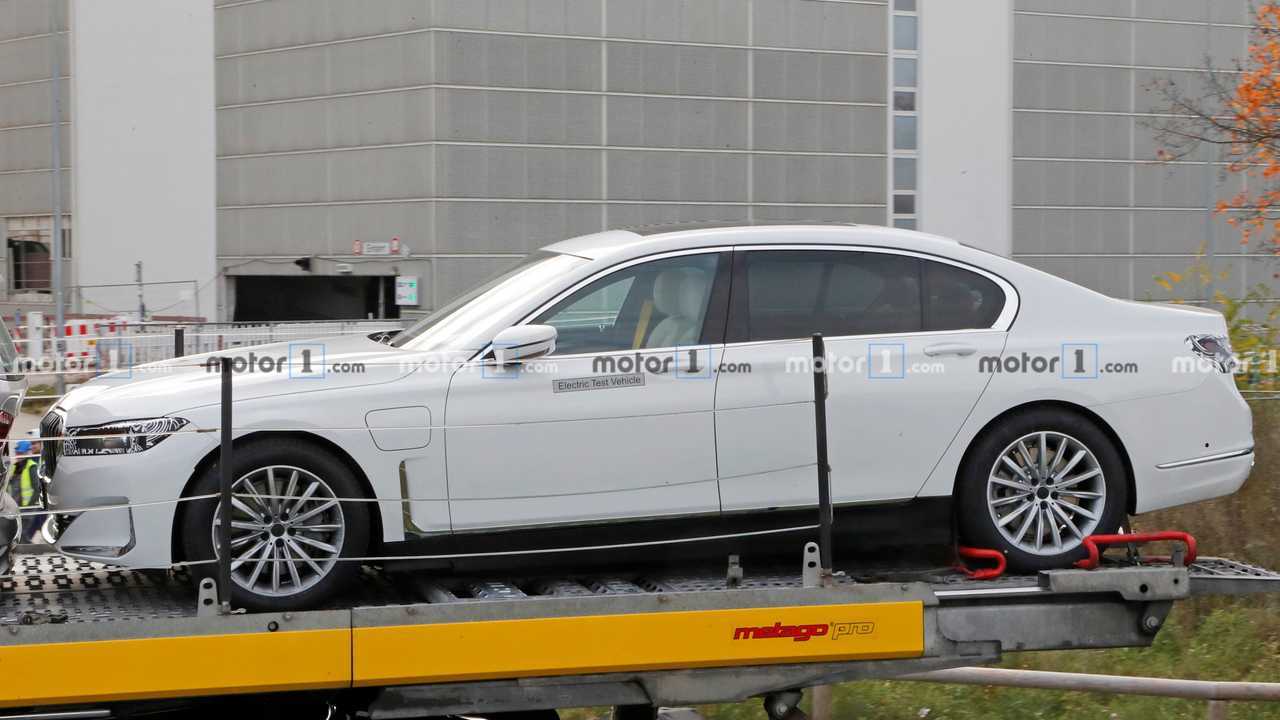 Prepare for a brave new world where the top dog in the BMW 7 Series lineup doesn’t have the twin-turbo 6.6-liter V12 engine. The M760i powerhouse is on its way out, but don’t fret as the Bavarians are working on something that will also be able to move mountains thanks to copious amounts of torque. When BMW announced the beefiest version of the next-generation 7er will have zero emissions, it didn’t disclose any details about the power delivered by its electric motors. Now, our pals at BMWBLOG claim to be in the know about the hottest version of the fullsize luxury sedan.

Rumored to be called Mi7 or i7 M60, the range-topping 7 Series is said to have at least two electric motors delivering a combined output of 650+ horsepower or about 50 hp more than the M760i. There’s no word about the torque figure, but whatever that is, the full amount will kick in right away compared to the 627 pound-feet (850 Newton-meters) available from 1,550 rpm in the current M760i.

The report goes on to mention the flagship 7 Series will have a large battery pack with a capacity of over 100 kWh for a range between charges of up to 400 miles (644 kilometers). It’s not known how much time the battery will need for a full recharge, but BMWBLOG claims the car’s EV setup will be compatible with fast-charging systems to significantly cut waiting times.

It won’t be the only M Performance version as below it will reportedly sit a plug-in hybrid model tentatively called M750e with a turbocharged straight-six 3.0-liter combined with an electric motor. It’s said to be a replacement for the current 750i and could pack in excess of 500 hp. Right below it will sit today’s 745e said to soldier on in the next-gen car.

Next-Gen 7 Series Will Be Vastly Different:

The lineup is rumored to include two additional EVs, a single-motor i740 with rear-wheel drive and an AWD dual-motor i750, with output varying between 350 and 450 hp. BMW has said the next 7 Series will still have conventional powertrains, and it would seem these will be limited to a 735d with a straight-six 3.0-liter diesel and a 740i with a gasoline mill of the same displacement.

We’ve only seen test mules so far, which means an official debut of the next-generation 7 Series is not scheduled soon. We might have to wait until 2022 for the premiere, and maybe even more for the EV variants. The electric derivatives will have some stiff competition coming from existing models such as the Porsche Taycan and Tesla Model S as well as from the upcoming Audi E-Tron GT, Jaguar XJ, and the Mercedes EQS.