Here's what sixty grand's worth of mid-engined Corvette gets you.

The vast majority of the images and videos we’ve seen so far with the new Corvette have been with the more expensive 2LT and especially the 3LT trim levels, but what about the base 1LT? There are significantly fewer base C8s out there because Chevy prioritized the production of the pricier models and started making 1LTs later on. The UAW’s lengthy strike forced GM to push the start of production to February, only to be paused a few weeks ago by the coronavirus outbreak. In other words, the mid-engined ‘Vette has had an unusually short production run so far, so Chevy simply didn’t have the time to put together a lot of 1LTs.

This video published by YouTube channel Daily Downshift gives us an in-depth look at what a customer is getting for $59,995 – a figure that made the Internet rounds when Chevy announced pricing for the C8 last year. Truth be told, this isn’t a bone stock Corvette, but you can tell it is missing many of the goodies by looking at the blank buttons where you’d normally find the ventilated seats function. In addition, the traction control off button is so wide because it also covers the area where the nose lift button would be.

Other items that are absent include the head-up display, wireless charging pad, front-facing camera, and the heated steering wheel. The button for the power-folding mirrors is also missing, as are the garage door opener and the digital rearview camera. With this particular C8 lacking the Z51 package and the high wing option, it means the car’s rear is less aggressive, and some might say it actually looks cleaner this way.

The car’s owner is quite happy with saving thousands of dollars by not ticking too many of the options boxes or upgrading to a higher trim level, but he is a bit disappointed with Chevy about the lack of power-folding mirrors, which come standard on the 2LT and 3LT.

Chevy has stopped taking orders for the 2020 Corvette and is rumored to increase the base version’s starting price for the 2021MY, but that remains to be seen. Preliminary details about the car’s second model year have already emerged ahead of a scheduled start of production in September, unless the coronavirus pandemic will cause further disruptions. 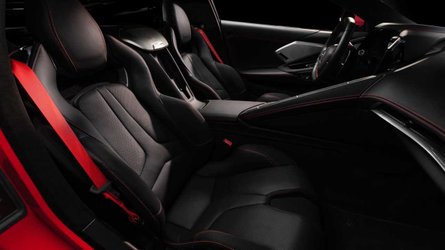 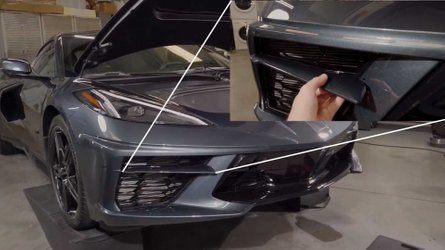