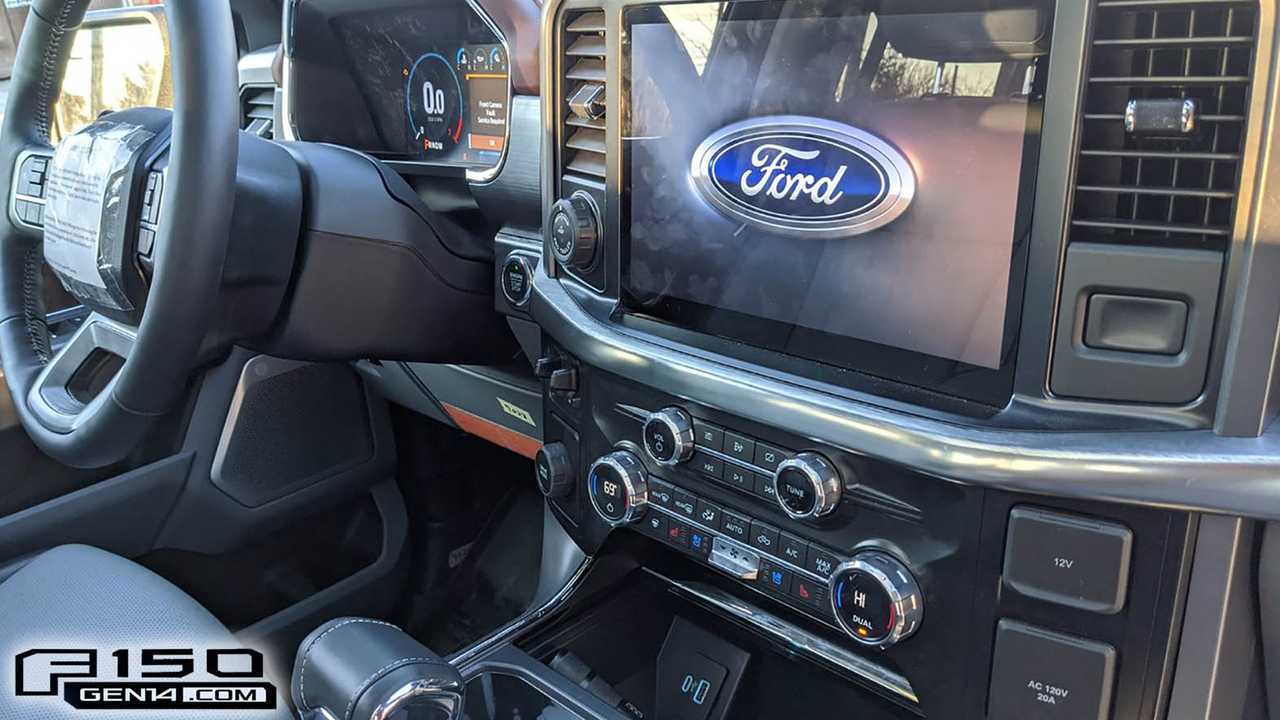 Back in February, we were blitzed with spy shots of the next-generation Ford F-150 that left little to the imagination. The best-selling pickup’s exterior redux looks evolutionary as opposed to completely rewriting the F-150 rulebook.

We haven’t seen much of the interior, but that’s changing thanks to a series of photos recently posted at f150gen14.com claiming to show the truck’s new greenhouse completely uncovered. The photos were posted by a forum member named Sequoia Sam, who appears to be a new user that just registered on the forum.

As such, take the images with a grain of salt since we have no additional context or credibility as to the source of these shots. The forum post says these images show a 2021 Lariat interior, and with all that said, they certainly look like the real deal. The images are presented here courtesy of the forum, with permission.

The overall layout is quite similar to the current-generation F-150, which suggests the evolutionary approach will continue inside. The instrument cluster is all digital, and the center infotainment screen certainly grows in size. The post mentions a new steering wheel; we can see changes to the buttons in the spokes but the overall design is very similar to the current model.

The layout for radio and climate controls is also similar, if pared down slightly from 2020 models. A new shifter is clearly visible as well. Overall, the photos suggest Ford isn’t rocking the boat too much when it comes to design, which is probably a smart move considering the F-150’s popularity.

However, strong competition is coming from both Ram and Chevrolet. The current-generation Ram has upped the bar in terms of handsome design both inside and out, and buyers responded in 2019 by pushing Ram sales 18 percent higher compared to the previous year. Ram sales even managed to post a small gain for the first quarter of 2020, despite March sales being literally shut down by Coronavirus.

Similarly, the Silverado’s controversial styling must be growing on people, because its sales were up by an astounding 26 percent for the first quarter of 2020. If Ford hopes to stave off competition, the new truck will need to be fresh enough to woo buyers considering other vehicles, while also being familiar enough to keep F-150 loyalists happy.