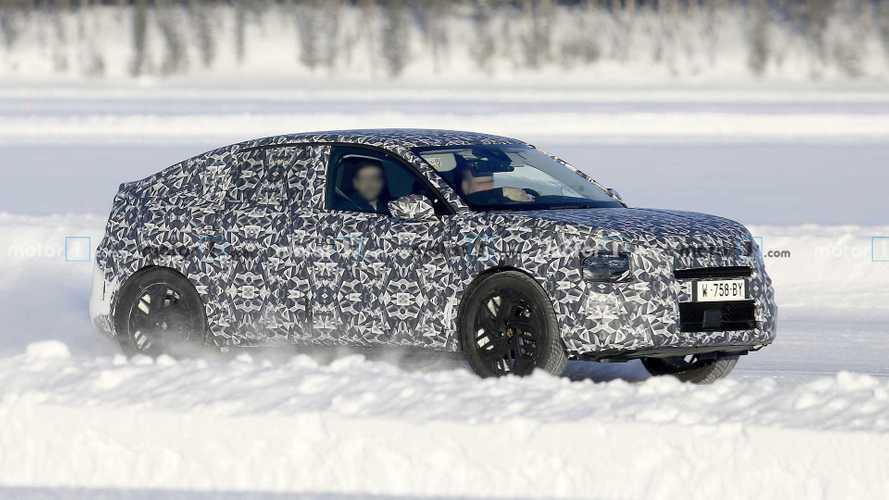 The crossover loses its quirkiness.

The Citroën C4 Cactus was an oddity when it arrived in 2014. Its funky design, trademark air bumps, and overall polarizing design made the crossover stand out in an otherwise ho-hum crowd of competitors. Its quirkiness went away with the 2018 refresh, though, and now that Citroën is readying its replacement, it appears the C4 is following an even more conservative design path while dropping “Cactus” from the name, too. A new batch of spy photos shows the camouflaged crossover testing on a frozen Scandinavian lake, though much of the design remains hidden.

This isn’t the first time we’ve seen the next-gen Citroën C4. Previous spy photos date back to January of this year when we spotted a covered test vehicle for the first time. We can’t see much, though it looks like your typical modern crossover with a coupe-like swooping roof. Underpinning the new C4 is PSA Group’s CMP platform, which also underpins the Peugeot 2008. The two should have similar interiors.

The architecture can support a variety of different powertrains – gas, diesel, hybrid, and all-electric. One early test vehicle that our spy photographers spotted had a warning sign saying there was a lithium-ion battery inside the vehicle, hinting at some sort of electrification. The lack of exhaust pipes in the early test mule also hinted at its zero-emissions status. We can spot exhaust pipes on the latest test vehicle in the new batch of photos.

These new spy photos suggest the production C4 will look more like a traditional crossover even though the company has said it’d still have a polarizing appearance that’ll differentiate it from its competitors, much like the funky, first-gen Cactus – before the refresh. While the camouflage distorts much of the crossover’s styling, we can see a bit of quirkiness in the rear hatch design.

When the new Citroën C4 arrives, it’ll likely have a turbocharged 1.2-liter PureTech engine that’ll be joined by other powertrains, though we don’t know if those will debut with the gas-powered model. We should see a debut sometime later this year with the new Citroën C4 going on sale sometime in 2021.