Cadillac Could, But Won't, Cram V6 Engine Into XT4: Report

Unfortunately, a more powerful turbo-four is also not likely.

While it is generally believed that the Cadillac XT4 could eventually get a performance version, it won’t be powered by a V6 engine. And the reason for that is not the lack of space in the engine compartment but the company’s belief that the compact crossover doesn’t need a large six-cylinder unit.

A new report from CadillacSociety claims that, technically, there’s enough room under the hood of the high-riding Caddy for a V6 powertrain to fit. But, according to the publication, Cadillac’s product planners believe there “simply isn’t enough demand to warrant offering a V6 in the XT4.”

That’s a solid reason especially when you think about the segment in which the XT4 is positioned. Even the most expensive and performance-oriented models in this class, like the BMW X1 and X2, as well as the Mercedes-Benz GLA-Class and Audi Q3, all have four-cylinder turbocharged engines.

While not putting a V6 under the hood of the XT4 makes sense and is perfectly acceptable for us, we are sad to report Cadillac doesn’t have plans to give the crossover a more potent turbo-four unit. At least if we are to believe the report from CadillacSociety, “things are also looking grim” for the 2.7-liter inline-four from the new Chevrolet Silverado (internal code L3B). Until now, it was believed the 310-horsepower (231-kilowatt) would power the XT4-V but, apparently, that’s not going to be the case. 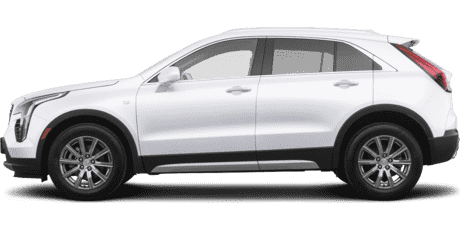 All things considered, it’s probably safe to assume the XT4 will continue to be available in the United States exclusively with a 2.0-liter turbocharged gasoline engine, good for 237 horsepower (177 kilowatts).