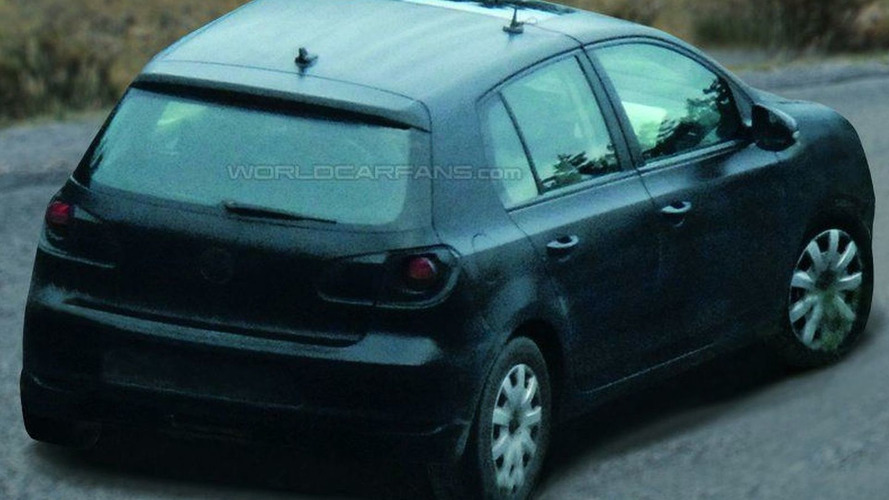 According to insider information the front end of the MK VI Golf will, despite earlier rumors, not look like a small Passat but instead gets a narrow front grille with four bars and new headlights with LED elements.

VW Golf
Volkswagen is preparing the release of the sixth generation VW Golf, the company’s most important model, for the end of 2008. It will be an all new car, and its final styling was overseen by Volkswagen’s head designer Walter de Silva.

Here is a very first photo of an almost undisguised prototype, revealing a lot of the new styling. According to insider information the front end of the MK VI Golf will, despite earlier rumors, not look like a small Passat but instead gets a narrow front grille with four bars and new headlights with LED elements. Besides the common engines Volkswagen will offer a BlueMotion version and a Hybrid version from 2009 forward.

VW Polo
In spring 2008 the current VW Polo, which has been on the market since 2001, will be replaced by an all new successor. Volkswagen is planning to extend the Polo model range with a fastback five-door model in addition to the traditional hatchback which will again be available as three and five door version.

The photo is showing for the first time the coupe-like fastback five door model. Furthermore Volkswagen is going to add a Polo-Van in 2009, based on the successful Skoda Roomster platform. The next Polo will again be offered with BlueMotion technology .

VW Tiguan
Just a few days ago, VW released Tiguan first details with prototype photos which showed the Tiguan during final testing trials. Expected to launch in Frankfurt in September, the Tiguan will rival the Toyota RAV 4, BMW X3 and Mercedes GLK. The photo is showing a prototype without any disguise. The Tiguan is based on the Golf platform and will be offered in two variants: The standard model with front-wheel-drive and a large choice of engines from the Golf model range. The second model with Haldex all-wheel-drive in addition to an off-road appearance package including special tires, light off-road suspension and a slightly different front grille.