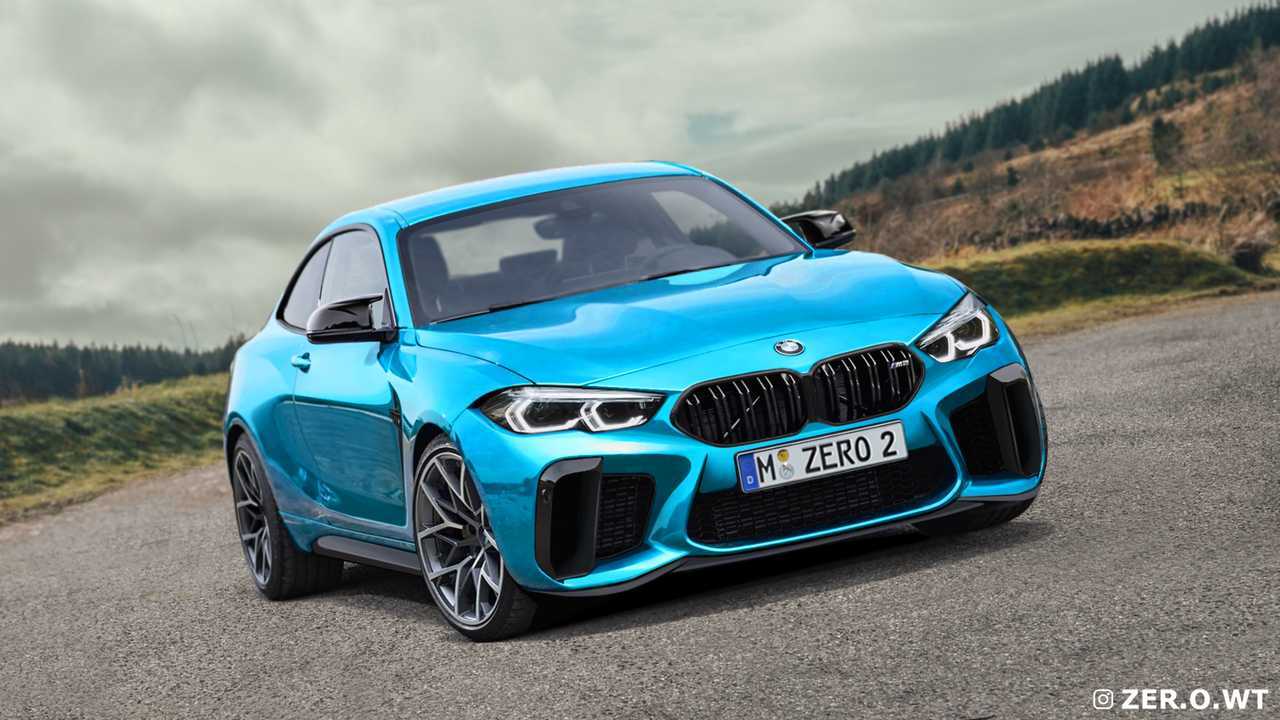 Fear not, BMW faithful. The “G87” M2 will continue to be a rear-drive sports coupe.

The 2022 BMW M2, codenamed G87, will reportedly continue to be rear-wheel drive, even as the nominally similar 228i and M235i xDrive Gran Coupe four-door sedans make use of the company’s front-drive compact architecture. The next-generation M2’s bona fide performance bones are good news for Bimmer-philes everywhere, with even more glad tidings coming in the form of Instagram user @zer.o.wt’s set of slick renderings.

There’s a lot of “new-BMW” influence in these user-created images. Twin-pentagonal kidney grilles headline a more angular front end, bookended on either side by headlights that provide a strong family resemblance to the new 2 Series Gran Coupe. The rendering features a front bumper that recalls the 1 Series M somewhat, with a large center intake between two gaping brake cooling ducts. The unofficial illustration foregoes the massive grille graphic that’s expected on the next-generation BMW M3 and M4, instead following a more restrained approach.

That restraint goes out the window when peering at the M2’s side sculpting. There are massive-looking vertical fender vents just aft of the front wheels, recalling both the current F80-generation M3/M4 and the facelifted-for-2020 BMW 7 Series. A traditional two-door coupe roofline rides atop the muscularly blistered front and rear fenders, with aerodynamic side-view mirrors punctuating the aggression. As on the Concept 4 from last year, this 2022 BMW M2 rendering ditches the company’s traditional Hofmeister Kink styling element in favor of less distinctive window openings. That makes us sad.

Overall, however, the amateur-penned styling is well-composed and surprisingly restrained, and we hope BMW follows suit with its official design. One thing is all but guaranteed: scintillating performance. The new M2 will undoubtedly feature a modernized inline-six engine, possibly twin-turbocharged and possibly producing up to 500 hp. A dual-clutch transmission will likely be the only gearbox available, and since the current M2 is one of BMW’s best driver’s cars, the next generation should continue to offer a supple ride and preternatural reflexes. The new M2 should make its public debut within a year, possibly as soon as the 2020 Los Angeles Auto Show.