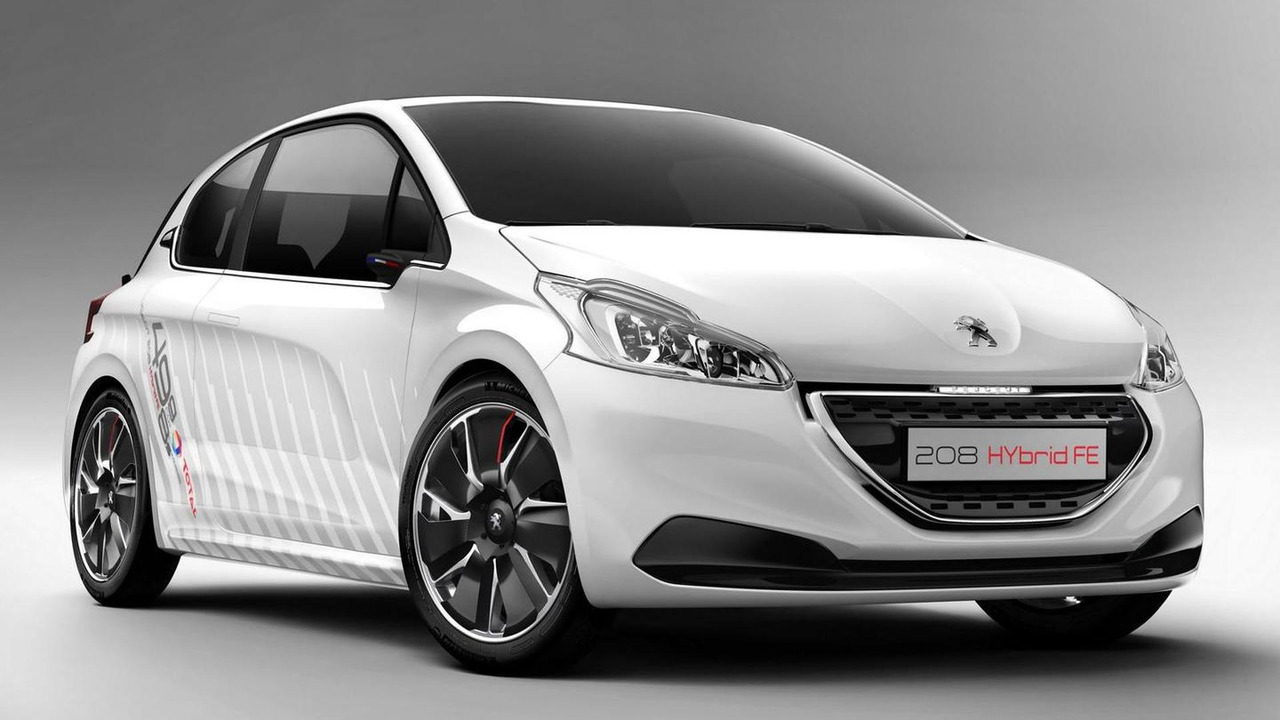 These are the first official photos of the Peugeot 208 Hybrid FE Concept which will premiere in a couple of weeks at IAA in Frankfurt.

These are the first official photos of the Peugeot 208 Hybrid FE Concept which will premiere in a couple of weeks at IAA in Frankfurt.

Reports are indicating the concept will be 440 lbs (200 kg) lighter than the base 1.0-liter VTi version which weighs 2,149 lbs (975 kg). It looks slightly different than the regular car as it has received a rear diffuser to improve air flow, aero-optimized 19-inch alloy wheels wrapped around in narrow tires, along with cameras which have replaced the conventional exterior mirrors.

Both suspensions consist of a fiber glass "blade" working as a wishbone, spring and anti-roll bar combined which saves 20 kg. The hybrid module (including 90-cell lithium-ion battery pack) is adapted from the 908 Hybrid 4 Le Mans and provides 40 bhp (30 kW) sent via a semi-automatic 5-speed transmission. It should travel on electric power for up to 12 miles (19 km)

The electric motor will work together with the 1.0-liter engine taken from the base model which has been bored to 1.2 liters and has also received a more efficient combustion as a result of the Atkinson cycle. The 208 Hybrid FE Concept is also expected to feature racing cylinder head and diamond carbon coating, while the regular fuel tank was replaced by a smaller unit which has a capacity of 20 liters.

[update] Peugeot has published a press release with the 208 Hybrid FE Concept.

The 20 percent weight reduction was possible by installing composite VER/carbon hood (5 kg), wings (2.1 kg), along with composite body panels which have lowered weight of the body shell from 295 kg to 227 kg. Carbon fiber was used for the outer skin which weighs 20 kg, the door panels (2kg) and for the flat base which tips the scales at 8 kg. With the exception of the door windows, the glazing makes use of polycarbonate to shave off an additional 5 kg.