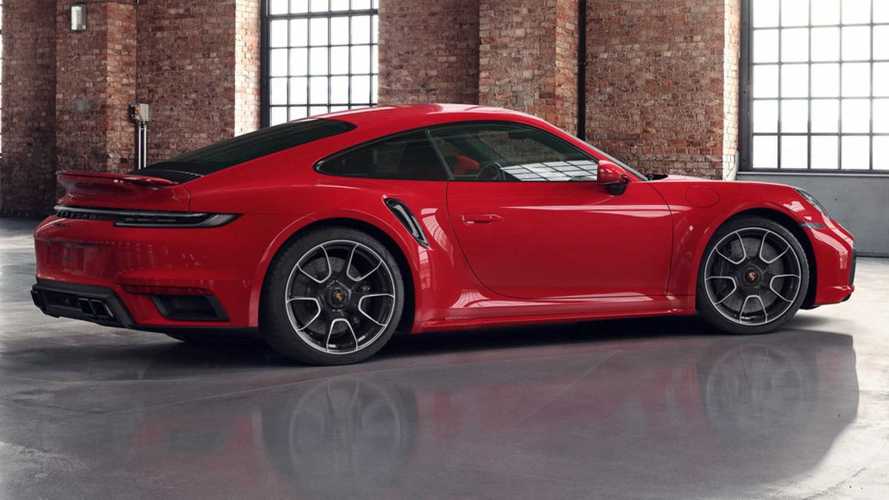 Deliveries of the Porsche 911 Turbo S don't begin until late 2020, but the Porsche Exclusive personalization division shows what's possible in a new Facebook post. The team dresses the new model in the brand's classic Guards Red paint, in addition to fitting a few other color-matched pieces.

The new 911 Turbo S coupe starts at $204,850 after the $1,350 destination fee, and guards red is among the no-cost color options. Judging by the photos, this one has the $760 option of making the side skirts the same color as the body. It also appears to have high gloss black trim around the windows, which costs $510.

This Turbo also wears the 911 Turbo S Exclusive Design Wheels that cost $2,490 and feature five sets of U-shaped spokes. They measure 20 inches in diameter in front and 21 inches at the back. In addition, these have the optional high-gloss black paint option that adds $1,290 to the price.

Inside, the car has the option for the interior trim to be the exterior color, which is a no-cost upgrade. Getting the Sport Chrono dial to be Guards Red is $420. It's another $420 to apply the color to the tachometer.

Getting Better Acquainted With The New Turbo S:

If this isn't enough performance, Porsche will also offer an optional Lightweight Package. It will slice off pounds by removing the rear seat, reducing the amount of sound deadening, and installing lighter glass.