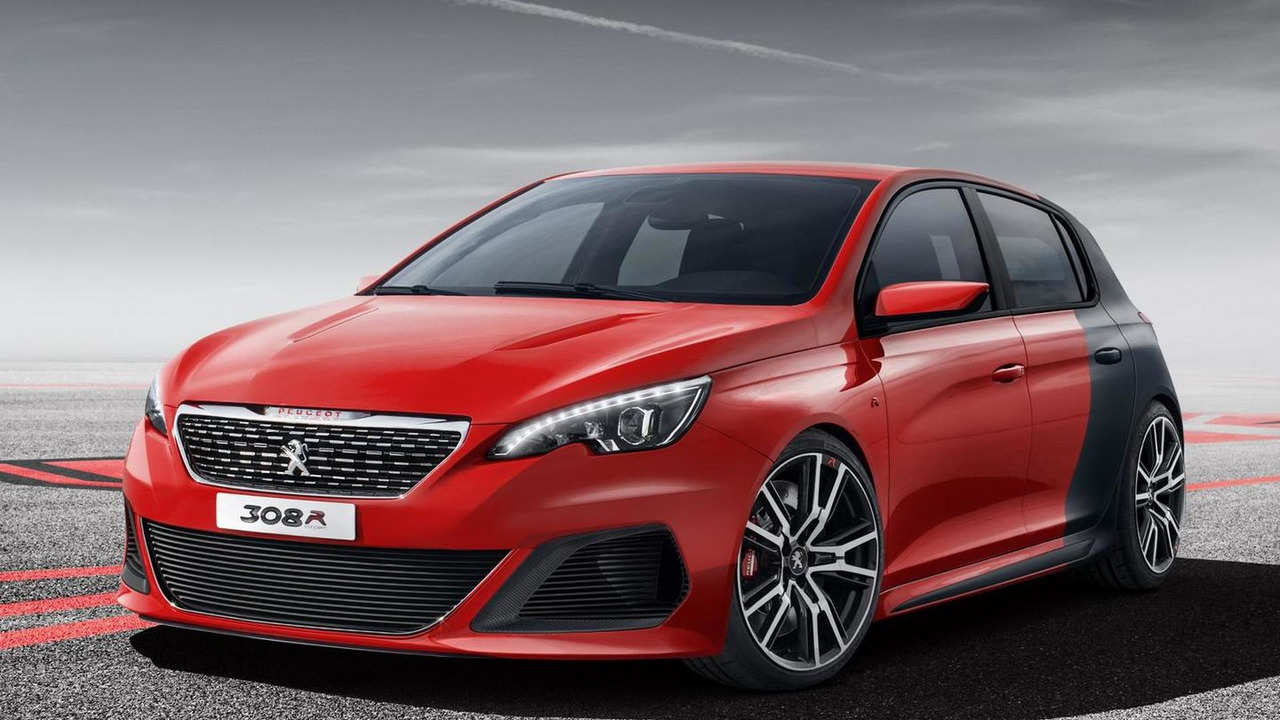 The first images with the Peugeot 308 R Concept have surfaced the web, ahead of a public debut scheduled for September at Frankfurt Motor Show.

The first images with the Peugeot 308 R Concept have surfaced the web, ahead of a public debut scheduled for September at Frankfurt Motor Show.

Details are not available at this moment but the attached official photos show a more aggressive two-tone red & black 308 wearing a beefy body kit with larger bumpers, side skirts, lowered ride height and massive double-spoke alloy wheels. The back of the 308 R Concept is home to a dual exhaust arrangement and a roof-mounted spoiler.

[update] Peugeot has published a press release with the 308 R Concept.

As we assumed, the engine is borrowed from the RCZ R with ouput sent to the front axle through a 6-speed manual gearbox via a Torsen differential. Peugeot says the 308 R Concept has a fuel consumption of 6.3 liters / 100 km (37.3 mpg US or 44.8 mpg UK) with CO2 emissions of 145 g/km

Lowered by 26mm, the concept rides on 19-inch alloys shod in 235/35 R19 tires, while stopping power is provided by Alcon discs measuring 380mm up front and 330mm at the back with four-piston calipers.