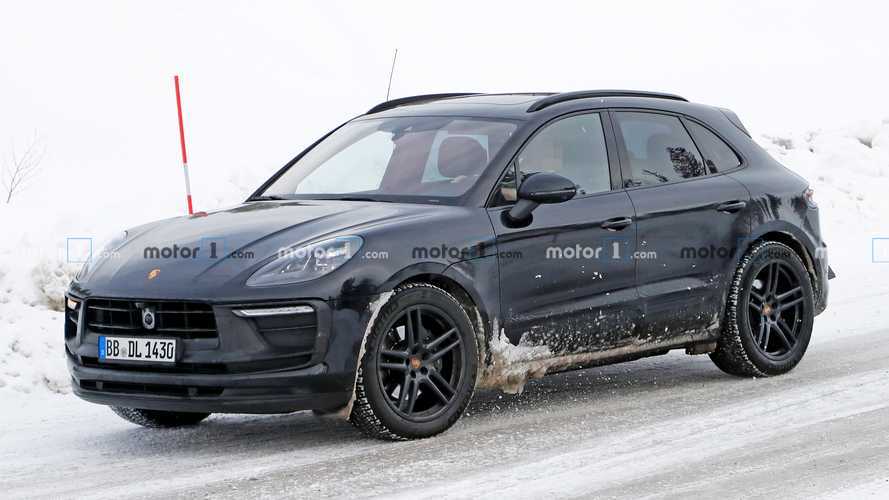 Porsche’s first foray into fully electric vehicles started last summer with the introduction of the Taycan. It won’t be the company’s last, either. Porsche is barreling full steam ahead with its electrification plans, and it’s preparing its popular Macan SUV for EV duty. Rumors persist the next-generation Macan will offer a fully electric version that’ll enter production before the end of 2022 with the Macan being electric-only after 2024. It’s a bold move for the automaker’s best-selling model, but it also shows how serious Porsche is about electrification. Our spy photographers have captured an early test mule of the next-generation Macan.

It would appear the next-gen Macan is in the early stages of development. It wears the current generation’s body with only a handful of tiny visual tweaks. The rear bumper is a bit different, and the lower parts of the doors are covered. The front bumper’s air intakes are also covered. Our spy photographer’s insiders say this is the test mule for the next-generation Macan, adding that it will come with both gasoline engines and a fully electric powertrain. The Macan in the spy photos had a gasoline engine.

When the Macan EV arrives, it could offer as much as 700 horsepower (520 kilowatts), and follow a similar trim structure as the Taycan, meaning the top-tier performance Turbo version wouldn’t have a turbocharger. While the two will share the Macan name, the electric version will ride atop VW Group’s Premium Platform Electric (PPE) architecture – an evolution of the Taycan’s J1 underpinnings. It’s expected to produce 750 pound-feet (1,017 Newton-meters) torque, too, sent to all four wheels via two motors.

The gasoline-powered Porsche Macan will likely ride on the same platform that underpins the second-generation Audi Q5. The current Macan still rides on the first-generation Q5’s platform. Over the next year, we’ll see Porsche Macan development continue before the new Macan is revealed sometime in 2021 as a 2022 model. Production for the Macan EV is set to begin by the end of 2022. And after 2024, electricity could be the Macan’s only available form of propulsion.