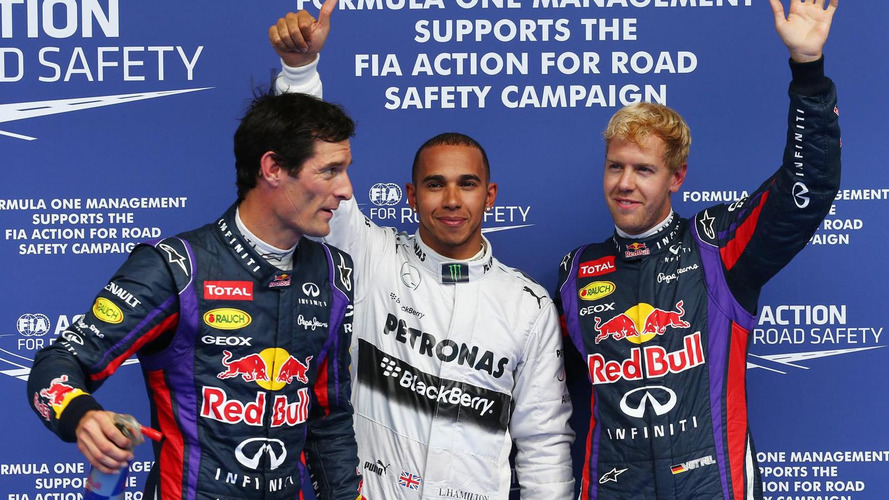 When a light rain hit Spa at the beginning of Q3, Paul di Resta was the only driver who decided to start on intermediate tires, allowing him to post the fastest lap and head to what appeared to be a pole position. The other drivers went back to the pit to switch tires and it seemed that nobody could even get close to di Resta's 2m 02.332s.

However, the rain stopped and the track started to dry so lap times started to reduce from one driver to the other. Nico Rosberg was the first to snatch di Resta's pole, but shortly after that the Red Bulls took 1-2. It wasn't over until Lewis Hamilton crossed the finish line in 2m 01.012s which made him 0.188s faster than Vettel.

Jenson Button had to settle for sixth place (behind di Resta), followed by the Renaults with Grosjean on seventh and Raikkonen on eight place. The Ferraris completed top ten with Fernando Alonso grabbing ninth place and Felipe Massa claiming tenth spot.