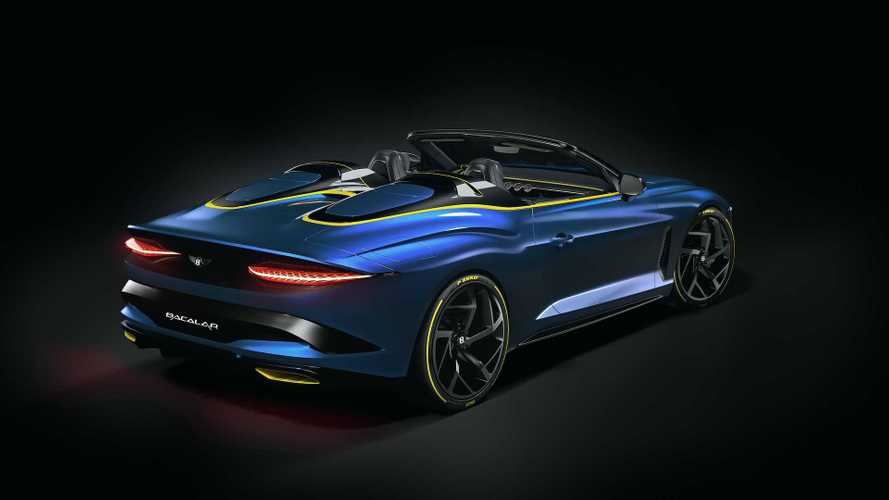 Not that we can afford them, anyway, but here you go.

One of the perks of having the means to buy a six- to seven-digit luxury car is the level of customization that can be employed. It's a requirement, actually, because who would want to spend so much on a vehicle that looks like something else, right? If you're among the one-percenters, you'll know what I mean.

Bentley is among those brands that have this option, most recently on its Bacalar open-top grand tourer. With a £1.5 million (around $1.91M at current exchange rates) price tag and only 12 samples to be made, exclusivity is quite the commodity. And it's easy to understand why when you watch its walkaround video.

Bentley said that all of the 12 units of Bacalar has been accounted for already, which means that the British brand is already in the works of at least designing the roofless machines together with their owners. The company said that the Bacalar is the most bespoke vehicle that it has ever made.

To show us non-one-percenters how completely bespoke the Bacalar is, Bentley has released six official virtual builds of the different configurations that can be employed to the grand tourer, namely: Clerkenwell, Menlo, Fulton, Greenwich, Brickell, and Randwick. These custom builds represent the possible themes and options on a Bacalar.

One Of The 12 Bacalars To Ever Exist:

"The six example specifications we have created each have their own personality and purpose, but what they share in common is that only Bacalar can reflect this level of personalization and attention to detail," said Maria Mulder, Head of Colour and Trim at Bentley.

Note that the Randwick was the demo car that was showcased during the Bacalar's launch. While that golden ticket was already a sight to behold, you need to check out all the other themes in the image gallery on top.

Also, really, isn't this like when we're choosing a skin for our WinAmp media player back in the day? Just a random thought.