We can always count on YouTube for five things. Two of them –  cute animal videos and painful fail videos – aren’t related to cars. Mustangs crashing and various vehicles racing are most decidedly car related, and then we have the subject of this clip, which in case you haven’t figured it out yet is pure automotive destruction on a grand scale. If you struggle watching people do bad things to good vehicles, proceed with caution.

In this instance, the good vehicle is a 2018 Ford F-350 Limited with a bevy of custom suspension work done. The video comes from WhistlinDiesel, a YouTuber with a penchant for being rather hard on trucks. We’ve seen his handiwork before, but this particular experiment claims to offer a bit of consumer advice. Just how much weight can you really drop into the aluminum bed of a big diesel Ford? How will the truck handle such mass? 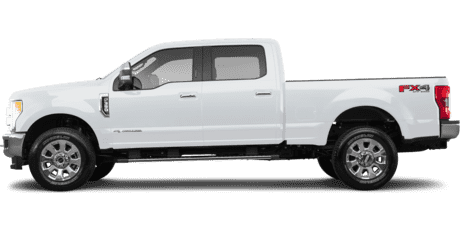 Those are tricky questions to answer for one very important reason. This obviously isn’t a normal F-350 – it’s equipped with all kinds of upgraded components, not the least of which being a coilover suspension setup with hydraulics to raise both the front and the rear several inches. None of that matters, however, as approximately 13,000 pounds of concrete is dumped into the bed. That’s just a tad more than the truck's max rating of 7,250 pounds.

Predictably, the back of the truck squats hard. The weight is way more than the hydraulic system can handle, but the abuse isn’t limited to just the mass. With the bed literally spilling concrete, it’s further tortured with a “road test” that includes hard starts, stops, and yes, donuts in an empty field. Surprisingly, the truck is still driving at the end of the clip once the concrete is unloaded, but by no means does it come out of the ordeal unscathed. Suspension components at the rear are bent, the bed is shifted, and the front passenger fender is literally peeled up for reasons not entirely clear.

But, the F-350 with its aluminum bed did survive to fight another day. Technically that’s a win, though we suspect more than a few of you will see the wanton destruction of a custom-built, six-figure pickup truck as a massive fail.