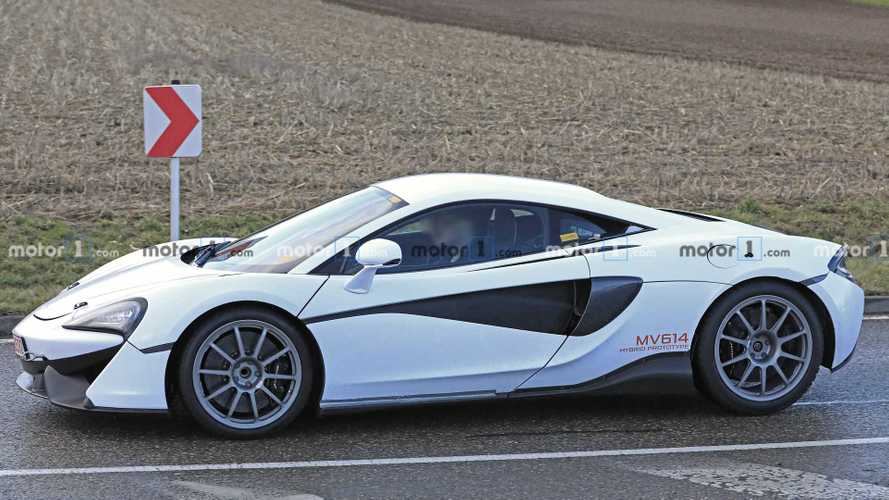 It will do around 20 miles without sipping any gasoline.

In the McLaren hierarchy, the Sports Series sits at the bottom of the range with more “mainstream” cars such as the 540C and 570S models. Another member will join the family later this year as the peeps from Woking are putting the finishing touches on a plug-in hybrid model that will be way more affordable than other electrified McLarens. Therefore, it’ll be significantly easier on the wallet than a P1 or the more recent Speedtail.

It doesn’t have a name just yet, but Autocar is reporting the PHEV model will be equipped with a twin-turbocharged V6 engine working together with an electric motor. It’s worth mentioning that all of the company’s existing models currently use a V8 mill with a displacement of either 3.8 or 4.0 liters, so the electrified sports car will be the first to downsize to a six-cylinder unit.

Putting to good use the knowledge gained while developing the aforementioned P1 and Speedtail, McLaren’s CEO Mike Flewitt says he is confident that electrification will not only boost performance, but also cut emissions. He refused to go into any actual details about the new model, but suggested the extra weight caused by the additional hardware has been largely neutralized through other upgrades. Whether that means more power and/or less weight in other areas remains to be seen, but the vehicle’s weight will not be of concern to future customers.

McLaren COO Jens Ludmann told Autocar the company is "fortunate that we’re not so constrained by building to a price," adding "our customers want the best, so that’s what we obsess over." It is believed the new model will provide a limited electric range of approximately 20 miles (32 kilometers), which would be a minor improvement over the 19-mile EPA-certified range offered by the 4.7-kWh battery inside the P1. That said, those 20 miles are likely based on WLTP, so it’s not a fair comparison. The P1 did 6.8 miles (11 km) per the old NEDC cycle, so even less using WLTP standards.

The new plug-in hybrid model is part of McLaren’s Track25 business plan announced at the 2018 Goodwood Festival of Speed. £1.2billion (about $1.48B) are being invested in research and development to launch 18 new cars or derivatives by late 2025. Many of the new cars have already been revealed, with relevant examples including the 600LT Spider, Senna GTR, Elva, and the 765LT.