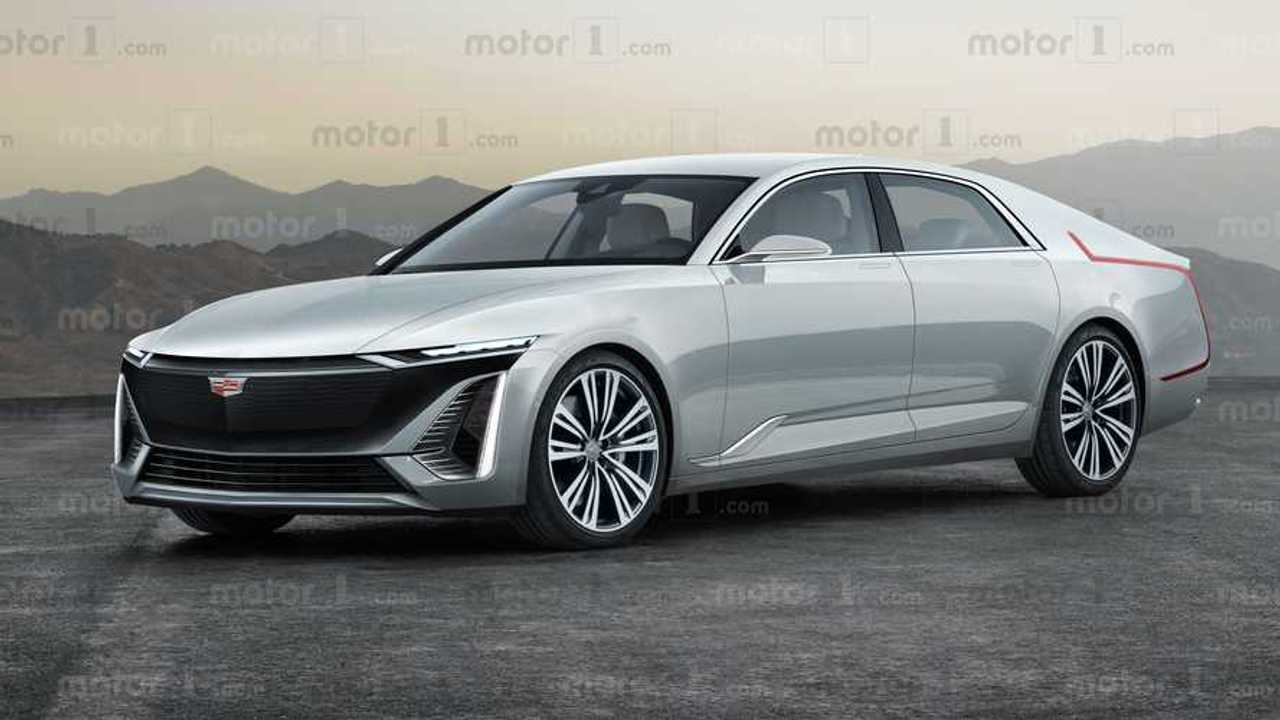 We’d be lying if we said we weren’t a tad excited about a hand-built flagship Cadillac sedan. Last month, General Motors detailed its ambitious plans for its future electric vehicles, introducing its new Ultium batteries, announcing updates to existing products, and teasing new ones. Two of those are coming from Cadillac – the Lyriq and the new Celestiq flagship. We don’t know when we’ll see the Celestiq, as Cadillac hasn’t announced a reveal date. It’s difficult not to imagine previous concepts Cadillac has rolled out over the years, like the Escala and Ciel, hinting at the return of a large, luxurious American sedan.

Until we can see the Celestiq in all its production glory, we’ll have to rely on renderings to imagine what it could look like when it arrives. It’ll likely borrow design cues from the Lyriq, which will look like the crossover Cadillac teased ahead of the 2019 Detroit Auto Show. That means we’ll probably see vertical daytime running lights, thin-slit headlights, and an entirely new front-end design language for the brand.

Cadillac CT4 And CT5 Won’t Be Electrified In Any Way: Report

The renderings show a massive sedan with plenty of sheet metal both ahead and behind the passenger compartment. The massive C-pillar creates a visual mass that’s contrasted with an ornate taillight design that cuts down from the C-pillar, toward the rear end, down to the bumper, and then back into the fender. It’s reminiscent of the finned Cadillacs from decades ago. High-end, high-quality materials should be the norm inside, too.

When GM announced Cadillac would lead the automaker’s electrification efforts over a year ago, we didn’t know what would materialize. We knew a crossover was likely – they’re the hot-ticket item now – but a hand-built, luxury flagship design caught us by surprise. It was almost as surprising as Cadillac announcing last year that it’d be bringing back real model names.