It doesn’t even have an engine tune, yet.

Now that 2020 Chevy Corvette C8 production is underway – well, was underway before everything shut down – owners are getting to enjoy the new sports car. It also means aftermarket tuning companies can get the latest Chevy, too, and Hennessey is one such shop. They’ve tested it on the dyno, added a prototype twin-turbo setup, and tested it on the dyno again – and uploaded the videos, too. Now we can watch as John Hennessey gets behind the wheel to see just how well the turbocharged Corvette handles its new-found power

The video strictly covered John’s driving impressions, leaving any performance number comparisons for a later video. He notes that there are a few check engine lights aglow, but this turbocharged Corvette doesn’t even have an engine tune yet – that’s something coming later as Hennessey and crew dial in the setup. It’s making 643 horsepower (479 kilowatts) and 570 pound-feet (773 Newton-meters) of torque at the wheels. That’s 177 hp (132 kW) and 119 lb-ft (162 Nm) more than the stock C8 – and all without an engine tune. 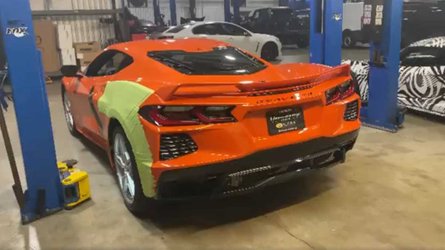 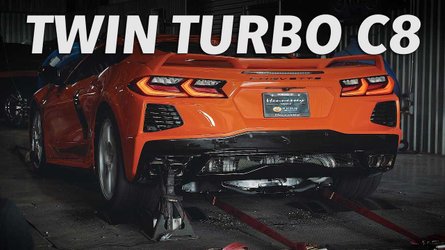 Twin-Turbo Corvette C8 Hits The Dyno, See How Much Power It Makes
⠀ 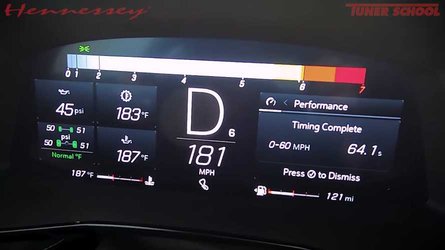 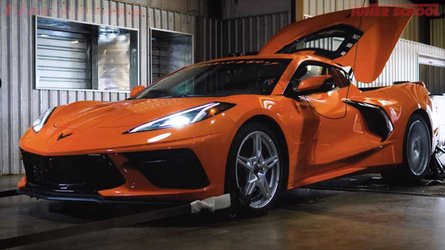 John claims the tuned Corvette retains the stock car’s comfortable drivability. In the video, he notes that you can immediately feel the additional power, even though the C8 “is no slouch.” He believes 1,000 hp (745 kW) is possible from the Corvette once the tune and setup are correctly dialed in, putting between 820-850 hp (556-634 kW) to the ground. It’d be capable of sub-10-second quarter-mile times in the 140-mile-per-hour (225 kilometer-per-hour) range.

One thing Hennessey and crew will have to check as they ramp up power is the gearbox. John says they don’t know how the C8’s eight-speed gearbox will handle the additional power. That’s something they’ll work to understand as they develop the new twin-turbo setup. Cranking out 1,000 hp from the mid-engine Corvette seems otherworldly. But this is Hennessey we’re talking about – and we can likely expect even more horsepower from the team as Chevy rolls out additional high-performance Corvette models and trims. 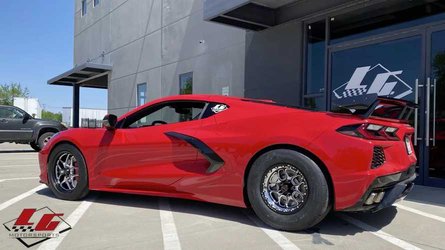