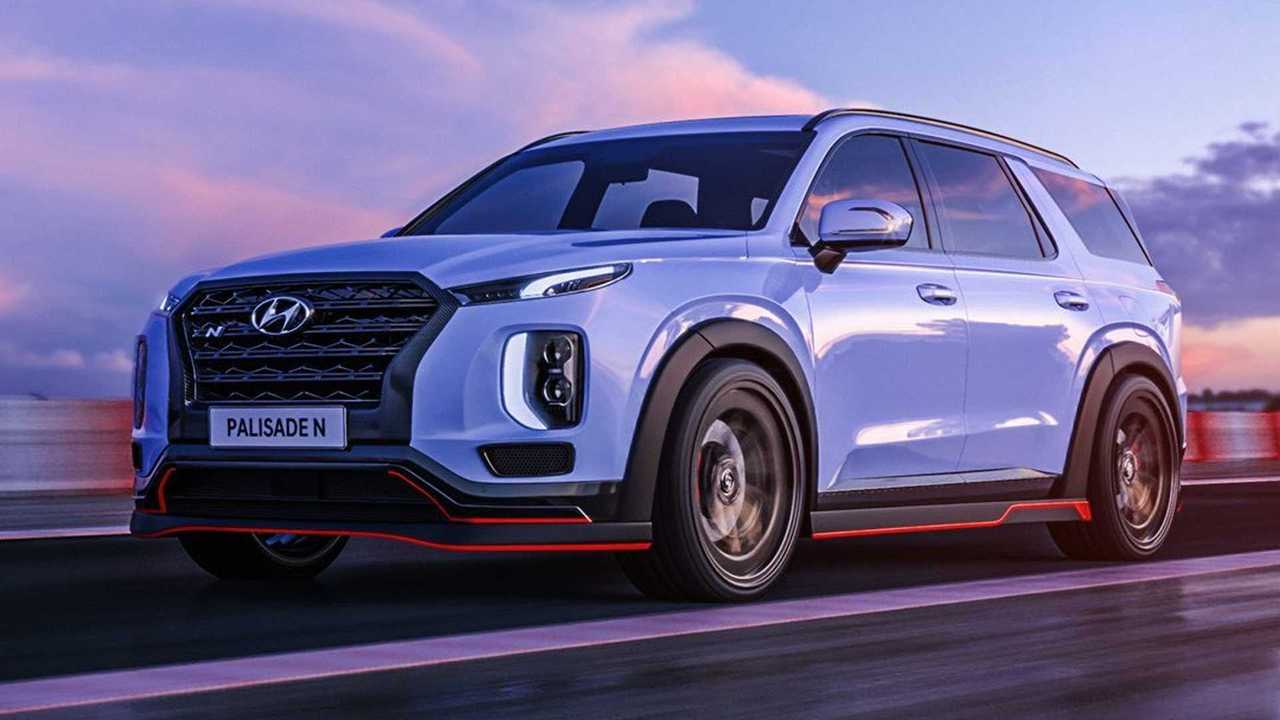 The Hyundai Palisade certainly has the cool factor - it’s stylish, comfortable, and very nice to drive. The 3.8-liter V6 with 291 horsepower (217 kilowatts) and 262 pound-feet (355 Newton-meters) of torque is not neck-breaking but “the powertrain never lacks grunt off the line or at highway speeds,” as Motor1.com’s Senior Editor Jeff Perez discovered during his test drive of the SUV. Then, what more could we ask for? A performance version, of course.

The Palisade N renderings you see in the attached gallery below are obviously fake but at least they propose a very good idea. The South Korean manufacturer is celebrating April Fools' Day with a joke on Instagram that actually needs to a become reality. The large family hauler is probably not the first vehicle that comes to mind when speaking about the N division but - hey, why not?

Now is our best chance to speculate about what the Palisade N should have under the hood. Obviously, the stock V6 engine won't be powerful enough so we’d like to see Hyundai’s 5.0-liter V8 Tau with about 419 hp (313 kW), which should make it a proper rival for the established large performance SUVs. A 0 to 62 miles per hour (0 to 100 kilometers per hour) sprint in about 6 to 6.5 seconds would be nice, too. Thanks.

Latest On The Palisade:

Hyundai has also released renderings of a performance Nexo N variant. Giving the eco-friendly crossover more power would be a tricky job as it’s actually powered by a hydrogen fuel cell electric powertrain. One option would be to simply lose all the green tech and replace it with a traditional 2.0-liter turbo. Easy peasy.