BMW M3 CSL With Manual Gearbox Is A Purist’s Delight

The ultimate driving machine made even better?

Henry Catchpole, writer for the Carfection YouTube channel, describes the BMW M3 CSL as “beautifully balanced, terrifically tactile, and sensationally sonorous.” It truly is a great vehicle in many regards, apart from its SMG automated manual gearbox. That won’t have to be an issue, though, as the geniuses at Everything M3s have fitted a CSL with a manual gearbox, something it never came with from the factory.

While yes, Everything M3s is a small company run by two people out of a shed, these guys are more than qualified for the job. Darragh Doyle started the company after a stint as an F1 mechanic, and his business partner David Chapman is a vehicle dynamics test driver for Jaguar Land Rover. Chapman is also the proud owner of one of four manual-converted M3 CSLs in the world. 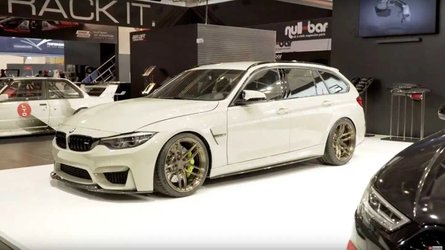 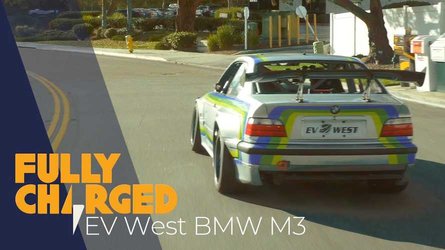 As the car comes with an automated manual gearbox from the factory, the conversion isn’t as complex as you’d think. The conversion process essentially does away with all of the electronic and hydraulic components used to shift gears semi-automatically from the factory.

Along with converting the CSL’s gearbox, they fitted a viscous limited slip differential. Yes, the car does have a plated limited slip differential from the factory, but this viscous unit does a much better job. In Doyle’s words, when it detects slow slip it doesn’t completely activate, but does kick in when aggressive differentiation in wheel speed is detected. Doyle also shortened the gear ratios to aid in crisper acceleration.

Catchpole is unbelievably impressed with the fit and finish of the modifications to the CSL. He mentions that the character of the original car still remains, and also notes the new differential and gear ratios make the car feel much more spritely under acceleration.

Aside from the manual gearbox, our favorite addition to the CSL is the shorter gear ratio. As Catchpole says, not only does it allow you to use the manual gearbox more often, but it also gives you easier access to the top end of the rev range. All of these additions transform this M3 CSL from a great car into a fantastic car.

Let us know what you think of this amazing machine in the comments below.