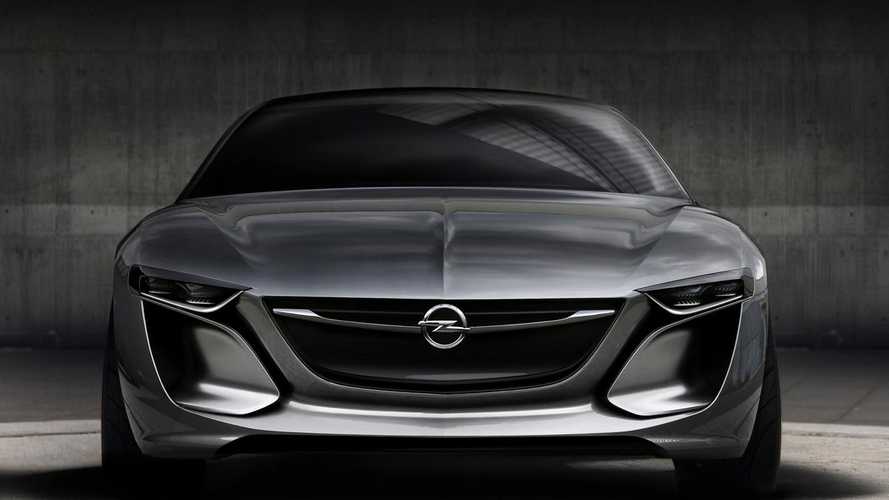 Opel has revealed online the striking Monza Concept which paves the way for a new design language coming from Rüsselsheim.

Opel has revealed online the striking Monza Concept which paves the way for a new design language coming from Rüsselsheim.

The four-seater concept is 4.69 meters long and 1.31 meters tall and has been modeled after "ocean waves lapping on the shore." Monza's cabin is approximately 15 cm lower than in regular production cars but even so it provides a lot of headroom and a generous cargo capacity of 500 liters. Opel says the passenger area is just as big as in a mid-size car and getting inside is very easy thanks to the gullwing doors.

Instead of conventional screens inside the cabin, the Monza Concept has received a wide and sculpted dashboard that extends from one door to the other which is used as a single projection surface. There are 18 LEDs creating this multi-functional display which shows information and decorative elements. The driver has access to the area displaying information and the background via steering wheel-mounted buttons or through voice control.

The 2013 Opel Monza Concept has an electric drive with a compressed natural gas (CNG) range extender. The latter is actually the recently introduced 3-cylinder, 1.0-liter SIDI Turbo engine but modified to run on natural gas.