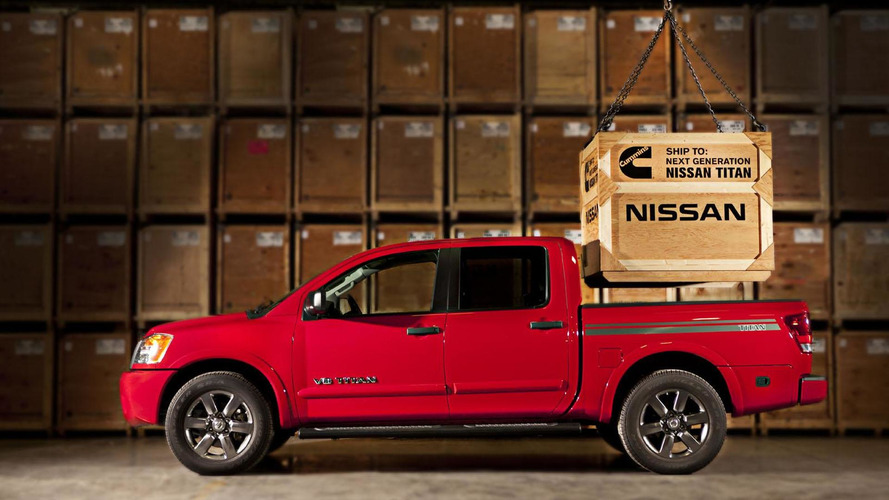 Nissan has announced the next-generation Titan will be offered with a 5.0-liter V8 Cummins turbo diesel engine.

Nissan has announced the next-generation Titan will be offered with a 5.0-liter V8 Cummins turbo diesel engine.

Currently in the latter stages of development, the engine will produce more than 300 bhp (223 kW) and have approximately 550 lb-ft (744 Nm) of torque. The company didn't have much else to say about the engine but Cummins' Vice President, Dave Crompton, promised it "will offer the right balance of power, performance and fuel economy while delivering the dependability that customers expect of a Cummins engine."

Fred Diaz, Nissan North America's divisional vice president of Sales & Marketing, also noted "Truck owners told us there's a demand for the performance and torque of a diesel in a capable truck that doesn't require the jump up to a heavy-duty commercial pickup." He went on to say "There is no question that the new Titan will turn heads, and with the available Cummins 5.0L V8 Turbo Diesel, we expect to win new fans and attract buyers looking for this unique configuration."

Nissan declined to say when the model will be released due to "competitive reasons" but confirmed it will be built at the company's plant in Canton, Mississippi.