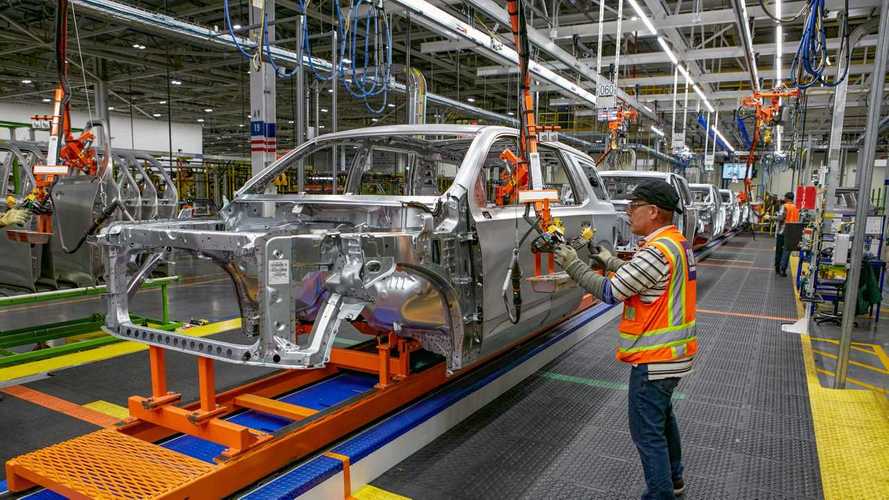 The GMC Hummer EV is safe though.

Earlier this month, President Donald Trump invoked the Defense Production Act and signed an order for General Motors to produce ventilators in the fight against coronavirus. It turns out America’s lockdown due to the COVID-19 pandemic will force the automaker to delay the launches of several mid-cycle vehicle refreshes planned for later this year.

The Detroit News has obtained a note to suppliers that asks them to stop preparations and parts manufacturing planned for facelifted models, including the light-duty Chevrolet Silverado, Bolt, Equinox, and Traverse, as well as the GMC Sierra and GMC Terrain. The publication also reports that “a future variant of the Chevrolet Corvette that was not slotted for 2020 also will be delayed.”

"All our development teams around the globe are looking for opportunities to conserve resources by adjusting program timing and deferring spending," GM explained.

The good news is short-term plans won’t be interrupted which means the recently announced electrified range of the manufacturer should be released on time. It includes the revived Hummer, which will be a zero-emission, GMC-branded truck.

At this point, General Motors hasn’t provided an exact production restart date. The automaker is monitoring the situation with the COVID-19 with its "most important consideration" being the health of its employees.

"What you will probably see is different plants coming up at different points in time and we promised our suppliers and manufacturing partners that we would be in regular contact about this," GM spokesman Jim Cain told The Detroit News.

Industry experts believe a big part of the U.S. auto plants will remain closed until at least the end of April. “There isn’t necessarily a rush to get back into production when demand itself ... just dropped dramatically, so why force it?” Michael Dunne, CEO of automotive consultancy group ZoZo Go LLC, commented.