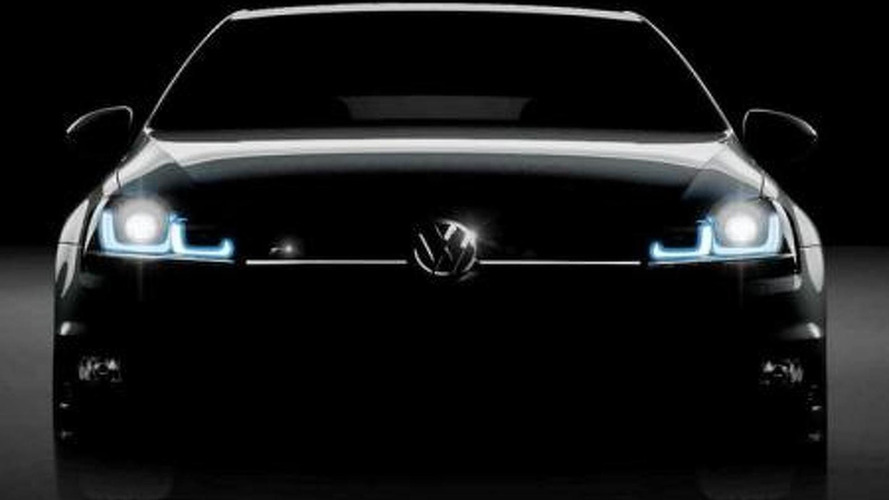 Volkswagen has reportedly released the first teaser image of the 2014 Golf R. See the picture inside

Volkswagen has reportedly released the first teaser image of the 2014 Golf R.

While we cannot confirm its authenticity, a number of French websites are crediting the automaker with posting the image. Regardless of its origin, it shows an aggressive looking hatchback with LED-infused headlights and what appears to be a revised front bumper. We can also see square fog lights and "R" badging.

Power will likely be provided by a turbocharged 2.0-liter four-cylinder engine that develops at least 286 bhp (213 kW) and 280 lb-ft (379 Nm) of torque. It could be connected to a dual-clutch transmission and a new Haldex all-wheel drive system that is lighter and more responsive than its predecessor. If everything pans out, the 2014 Golf R could accelerate from 0-100 km/h in approximately five seconds and have a limited top speed of 250 km/h (155 mph).

The Golf R could be introduced at the Frankfurt Motor Show, so expect to learn more in the coming weeks.