1963 Porsche Diesel Super Export Is Obviously Not A Sports Car 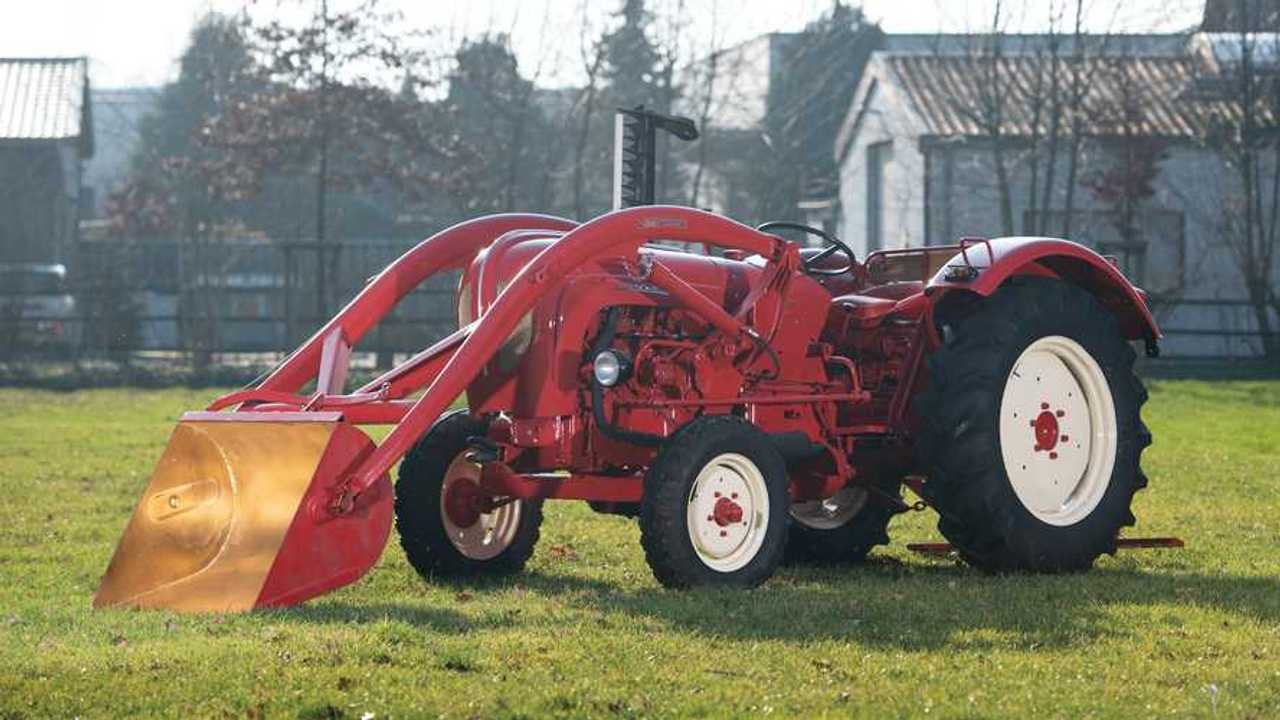 Looking for a red, air-cooled Porsche? How about this one.

In 1963, Porsche is one year shy away from introducing its very first 911 – a sports coupe that would shape the world and will cement its name in history. It was also the start of the air-cooled 911 era, which ran for more than three decades until 1998.

However, there's another air-cooled Porsche that was made during that era – the Porsche-Diesel Super tractor. Manufactured by the company from 1956 to 1963, the agricultural machine was powered by an air-cooled, four-stroke, 2.5-liter three-cylinder diesel – and one of them is up for auction at RM Sotheby's.

This particular example of the 1963 Porsche-Diesel Super is fully-restored, which makes it look like a time capsule with its bright-red paint job that seems to be fresh out of the factory. It's a top-of-the-line sample of the tractor, and also comes with a front-loader for your plowing and agricultural needs. Even better, the front-loader is gold-wrapped, which we think really goes well with the red paint.

As for the interior, well, there's nothing much. There's a seat, which is upholstered in red leather, by the way, and there's a steering wheel with a horn in the middle. That's pretty much it.

But oh, at least you get to have a key-holder with your tractor that features Porsche's emblem with Stuttgart's coat of arms.

So, Let's Talk About Tractors:

Porsche making tractors shouldn't come as a surprise for you. In fact, there are many automakers that started out as a tractor-making company or at least made one as part of their business. Fiat has one, as well as Ford, but one of the more iconic ones is Lamborghini, who has made his fortune out of making quality tractors before ferocious supercars.

So, just in case you're looking for a red, air-cooled Porsche, you might want to consider this piece of history. And runs on diesel, too.