A whole bunch of standard equipment across the range.

Literally just a few months after making its official North American debut and just a few weeks after some of the cars actually reached dealers around the country, the Buick Encore GX already has quite a substantial list of rumored updates for 2021. GM Authority was quick to dig up some interesting additions to Buicks' latest CUV, but we will have to officially wait until later in the year to actually see the differences. I mean see because, for 2021, the Buick Encore GX gets tweaks on both the inside and outside, hoping to win the hearts of those still on the fence for Buick's most modern crossover yet.

According to the sources of GM Authority, the 2021 Buick Encore GX will come with revised front and rear fascias across the range – except for those equipped with the optional Sport Touring package, which already features unique wheels, body-color surrounds, and a black mesh grille with red accents. Inside, you can ditch the USB cables as technology gets an upgrade thanks to wireless capability for both Apple CarPlay and Android Auto as well as SiriusXM Satellite Radio included as standard on all models (For 2020, SiriusXM is currently only available on Select and Essence models). We should know more as we get closer to 2021, but the initial list is good enough, bringing some added connectivity upgrades. As for the new looks, we'll have to wait and see.

The Latest From Buick: 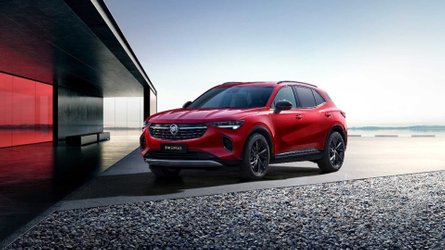 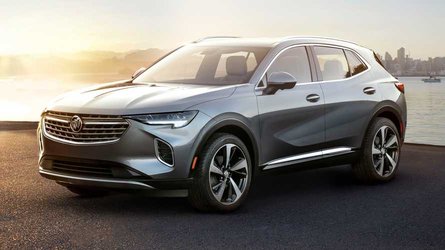 Already available at Buick dealers, the base 2020 Encore GX will run you a cool $25,095 for the front-wheel-drive Preferred variant with a turbocharged 1.2-liter gasoline engine with three cylinders and a CVT. Add $2,000 and you get all-wheel drive, regardless of variant. The Buick Encore GX is actually a step above the regular Encore, with the Envision above the Encore GX, beefing up the entire crossover family.