A camper with Tesla batteries and a big inverter to power all your toys, even off the grid.

Ready.Set.Van built its first RV out of a school bus, outfitted specifically for the Burning Man music and arts festival. Lessons from that big brute led directly to this, the much smaller Ready.Set.Van Ram ProMaster, a camper van that borrows a Tesla battery module to provide long-lasting, reliable power off-grid. 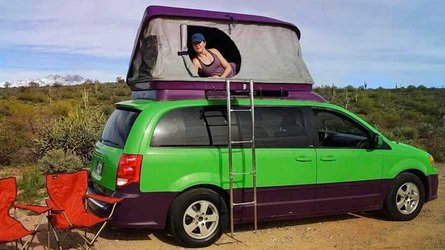 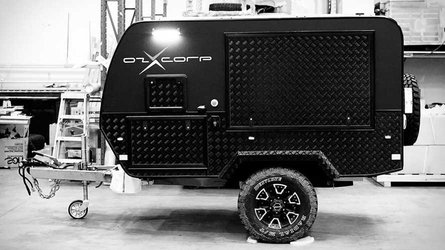 This Electric Camper Trailer Self-Parks And Sort-Of Tows Itself 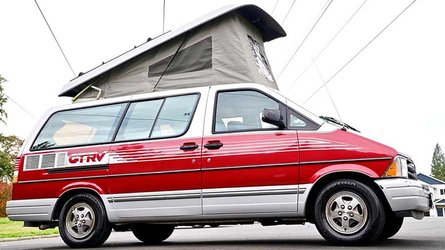 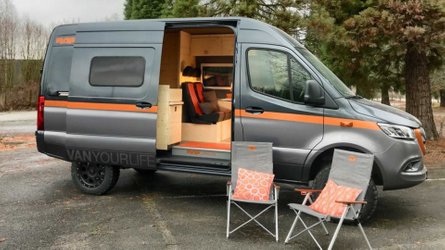 The least expensive Ready.Set.Van upgrade package, the Basecamp, is $33,750 excluding the cost of the van. Included is the Tesla battery package, as well as a rear-mounted bed, elevated above a spacious cargo hold accessed from the van’s rear doors. This “garage” is large enough for two mountain bikes and other cargo essentials. The Basecamp also includes an electric cooktop, refrigerator, and both overhead and kitchen cabinets. A composting or portable toilet is available. However, it doesn’t get a water heater or integrated shower, making do instead with a handheld outdoor shower fixture, accessible from the garage.

The Basecamp Plus remedies that latter issue. The $42,250 package replaces some of the kitchen cabinets and reconfigures the interior a bit to make room for an indoor shower and toilet enclosure with hot water. The Plus gets the same bed and garage configuration.

At the top of the line is the Wanderer floor plan. Costing $42,750, the Wanderer loses the garage in favor of a six-seat dinette and a Murphy bed. RSV says this configuration is ideal for those who make it a point to meet new people while they explore the world.

Those with higher energy demands can option additional battery modules: The RSV Upgrade adds a second battery for 10.4 kWh, while the RSV Maniac’s third module brings the total to 15.6 kWh. While the standard electric package offers 600 watts of shore charging power, the Upgrade and Maniac get upped to a maximum of 1,600 watts. Alternator charging comes standard as well, with each model receiving 400 watts, 1,600 watts, and 2,400 watts, respectively. The company doesn’t list pricing for the electrical upgrades on its website and had not responded to a Motor1 request by the time we published. We’ll update the story if they do.

Each floor plan is built on the front-drive ProMaster’s longest 159-inch wheelbase, available from Ram in either 2500 or 3500 variants, all with a high roof. RSV will also build custom vans to suit using different chassis, including the Mercedes-Benz Sprinter and Ford Transit, although we have to assume such vehicles would cost more than an off-the-rack ProMaster. With a price around $70,000 to start including a brand-new van, it’s a reasonable bargain among self-contained motorhomes.