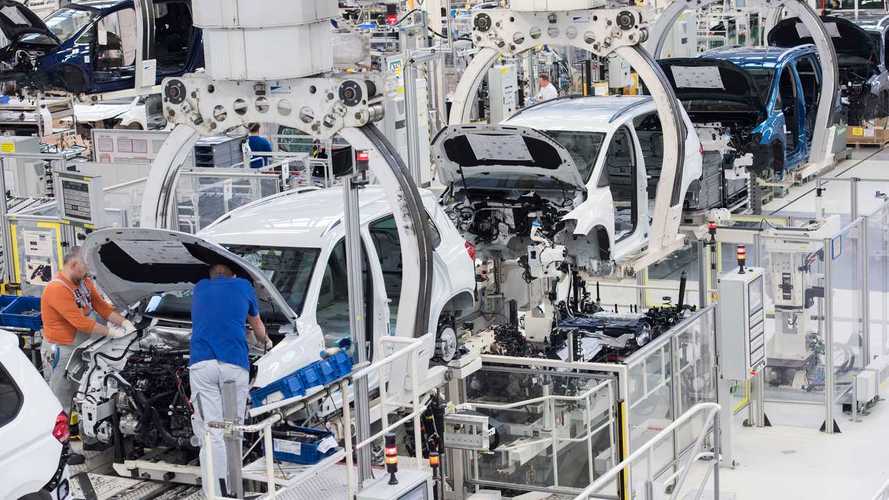 The coronavirus pandemic has hit automakers particularly hard, forcing many around the world, Volkswagen Group included, to halt production. VW announced last week it'd shut down operations across Europe due to the virus. However, according to a new report from Automotive News Europe, the automaker is still spending about $2.2 billion (about 2 billion euros) a week on fixed costs – something no automaker can do indefinitely.

VW, like Ford, FCA, and Toyota, is looking to resume some manufacturing operations wherever it can. That'd mean having workers return to work, maintaining safe distances from one another while continuing to disinfect facilities. CEO Herbert Diess told the Markus Lanz talk show that production is returning in China, though it's still not back to 100 percent yet.

The automaker is weighing all its options as it meets the same economic uncertainty many companies and people are facing. Job cuts are possible, though the automaker provided no specifics; however, Diess did say that the company could only make it through the crisis without job losses if there's "sharp intervention."

Another avenue VW is also exploring is the possibility of selling commercial paper to cover its obligations. The German automaker hasn't tapped its available lines of bank credit yet either. VW has access to 20-plus billion in credit, according to the publication. Ford drew from its available credit lines last week.

It's Time To Get Back To Work:

FCA Hopes To Restart Operations In U.S., Canada On April 14

Automakers have also stepped up to assist in the production of much-needed medical equipment. Ford and UAW workers are building face shields while FCA is producing one million face masks a month for front-line coronavirus responders.