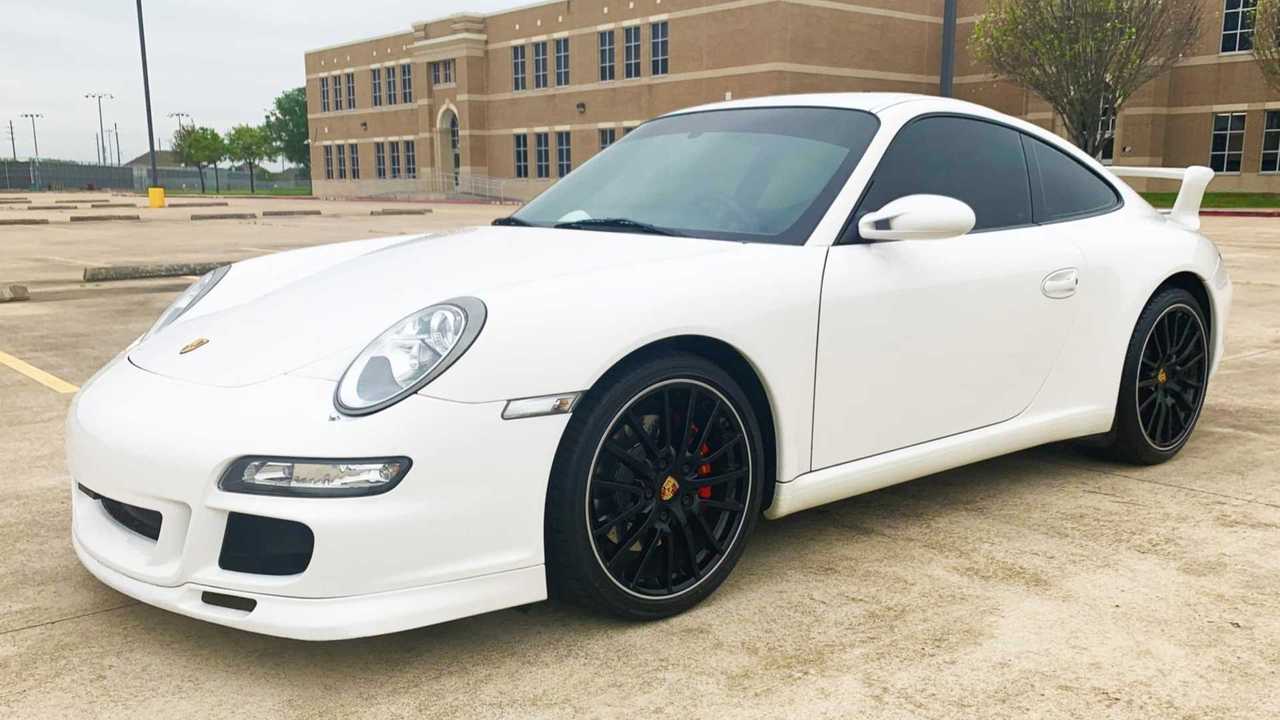 An original 2008 Porsche 911 Carrera S in perfect condition for sale alone is a very good reason for an article on Motor1.com. But when you add to that the fact that this is probably one-of-a-kind car in the entire world means there’s no way we are skipping on reporting on it for you.

The name this car wears - Centro 911 - tells us what to expect in all clarity. The white 911 Carrera S has a single-front-seat cabin layout with a custom dashboard shape designed, engineered, and built by Trinity Motorsports Group of Lima, Ohio. The new dash that replaces the original unit is made of carbon fiber and wrapped in fine leather where applicable. The factory center console was shifted toward the right and was given a custom design with an aftermarket infotainment system and a new shifter.

But that’s not all. The car comes nicely equipped from the factory with the Sport Chrono Package Plus, a Schnell short shifter, a radar detector with an integrated laser shifter, carbon fiber door sills, and many more.

This Biturbo Porsche Boxster With Central Driver’s Seat Is Bonkers

Under the hood is the stock 3.8-liter flat-six gas engine bolted to a six-speed manual gearbox. The car has just approximately 33,000 miles on the odometer, roughly 3,000 miles of which were added by the current owner of the car. The engine features a track-spec full titanium exhaust system.

The car is listed for sale by its current owner with a clean AutoCheck report and a clean Texas title in the seller’s name. The current bid on Bring a Trailer is $19,500 with four days left until the end of the auction.