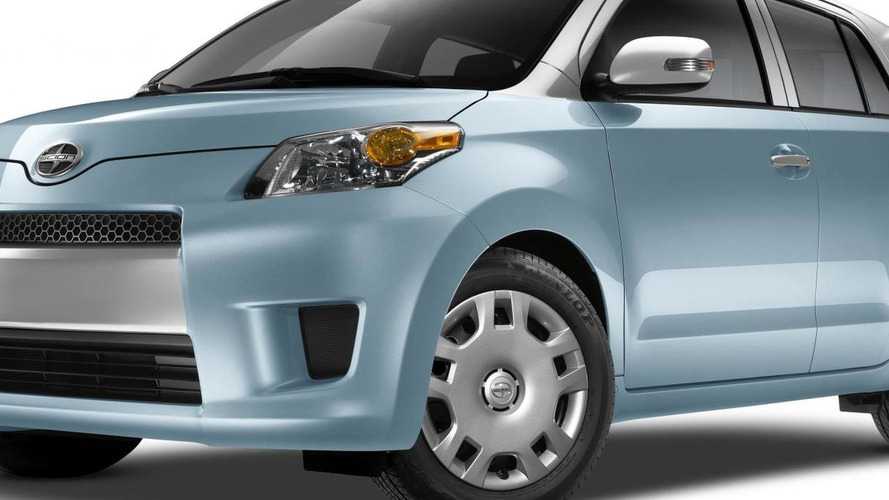 Scion has announced a series of changes to their 2014 lineup. Highlights include a new iQ Monogram Series and a standard Display Audio System across the range.

Scion has announced a series of changes to their 2014 lineup.

First up, the 2014 xD can be equipped with a new two-tone exterior in Black Sand Pearl / Magnetic Gray Metallic or Classic Silver Metallic / Sparkling Sea Metallic. The option adds $500 to the model which starts at $15,920.

Next up, the iQ gains a new Monogram Series which has a Black Currant Metallic / Classic Silver Metallic paint job, premium alloy wheels and special floor mats. Production will be limited to 150 units and pricing starts at $16,520.

Lastly, all 2014 Scions will come equipped with a standard Display Audio System which features a 6.1-inch touchscreen display and Bluetooth/AUX/USB connectivity. Customers can upgrade to a BeSpoke Premium Audio system - for $1,198 - which adds GPS navigation and internet access via a smartphone data connection.