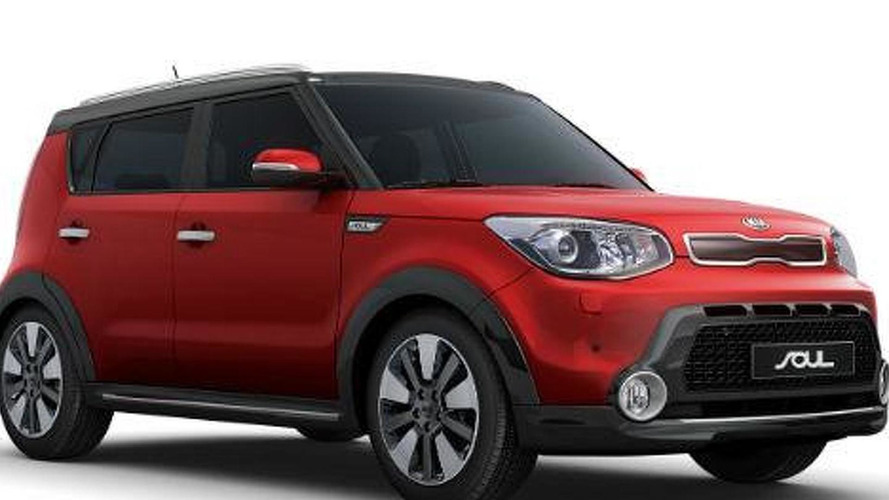 Kia will be showing at next month's Frankfurt Motor Show the Euro-spec 2014 Soul and refreshed Optima.

Kia will be showing at next month's Frankfurt Motor Show the Euro-spec 2014 Soul and refreshed Optima.

The second generation of the Kia Soul made its debut in March at the New York International Auto Show in the U.S.-spec version. Now, Kia is ready to show its European variant which looks virtually the same, aside from some minor changes in the headlight design, fog light surrounds and the lower part of the front bumper. We also notice the European version has black wheel arches whereas the ones on the North American version are body-colored.

The facelifted U.S.-spec Optima was revealed at the same auto event as the second-gen Soul, bringing modest changes to the front and rear fascias which will be carried over on the European version. Kia promises the Euro-spec 2014 Optima road noise has been reduced by 3.3 dB after installing a dynamic damper into the rear suspension cross member which has improved the car's sound-proofing. They also made some engine tweaks and implemented a new battery management system to lower CO2 emissions which will start from 133 g/km for the standard 1.7-liter diesel model. ISG-equipped 1.7-liter diesel Optima will have CO2 emissions of 128 g/km.

Also in September at IAA we will get to see Kia’s new compact crossover concept which promises to be a Nissan Juke competitor.