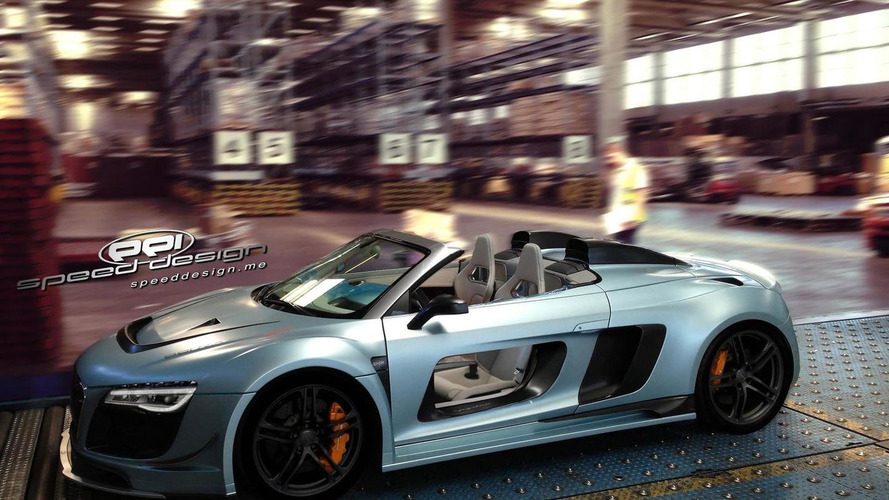 PPI Speed Design also developed a wind tunnel-tested widebody kit with some of the parts made from carbon fiber. The tuner's well-known "PPI Spyder" doors have also been aerodynamically tested and are made from aluminum-reinforced carbon fiber. The same material was used for the mirrors which have built-in LED indicator lights.

The interior cabin receives heated and ventilated carbon fiber seats, a racing sports wheel and trunk-mounted umbrella holders. It also has painted center tunnel and door arm rests, while many of the interior parts have received a carbon fiber finish.

A similar kit is available for the Audi R8 V8 Spyder.