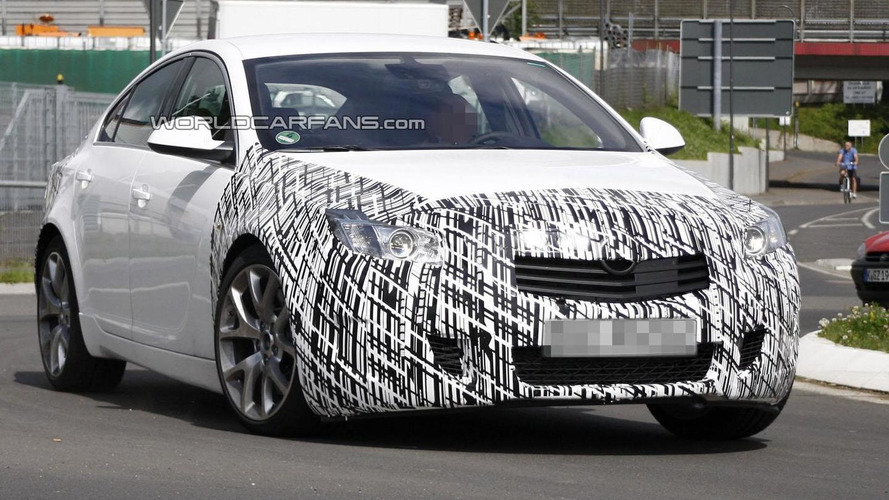 Opel has announced plans to introduce an "even stronger" Insignia OPC at the Frankfurt Motor Show.

Opel has announced plans to introduce an "even stronger" Insignia OPC at the Frankfurt Motor Show.

The company declined to release details but previous reports have indicated the model could be equipped with a turbocharged 2.8-liter V6 engine that develops up to 400 hp (298 kW). For comparison, the outgoing model produces 325 HP (239 kW) and 435 Nm (321 lb-ft) of torque.

To handle the extra oomph, the model could have a retuned suspension, high-performance brakes and an optimized all-wheel drive system.

Like the standard model, the 2013 Insignia OPC will feature revised styling and an upgraded interior with a new IntelliLink infotainment system. The system features an eight-inch display and a center console mounted touchpad which recognizes handwriting and a variety of finger activated shortcuts.