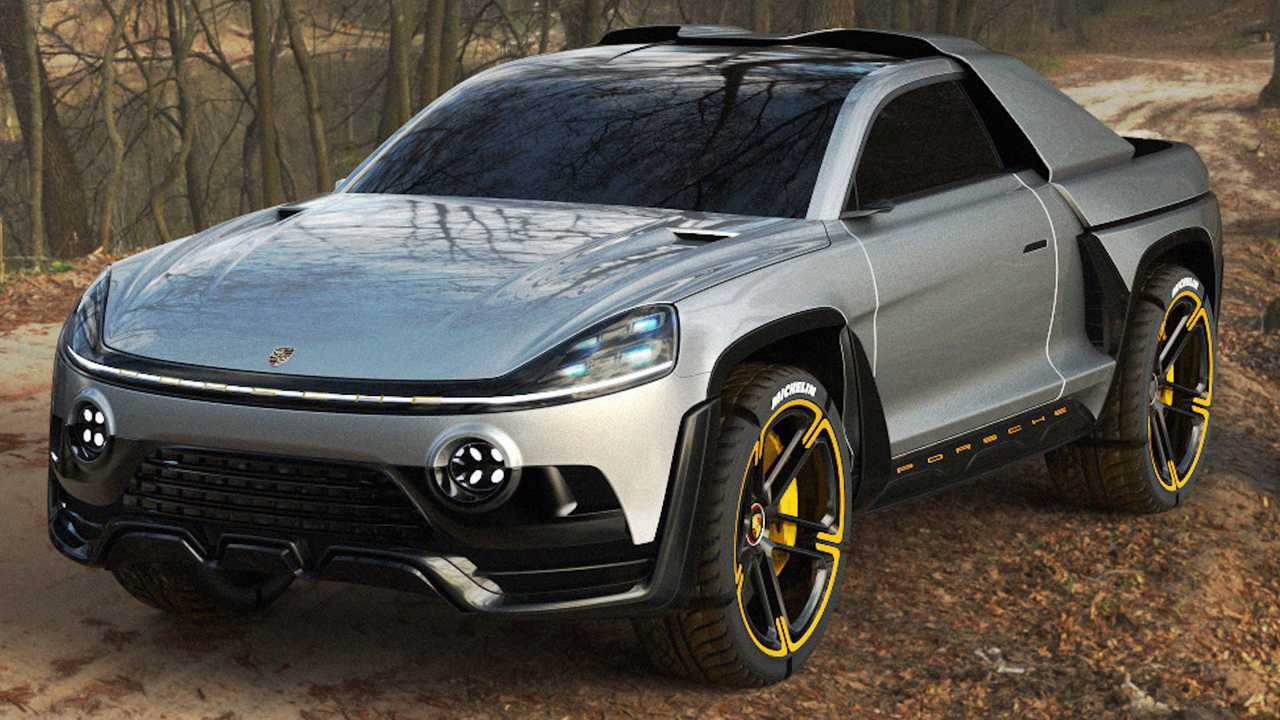 Electric trucks will be the next big thing. The Rivian R1T, GMC Hummer, Lordstown Motors Endurance, and of course, the polarizing Tesla Cybertruck, all indicate that battery-powered pickups will be big sellers for brands in the near future. So, why shouldn't Porsche join the fray?

The Porsche Traykan is a Taycan-inspired electric truck imagined by graphic artist Adel Bouras. The project, first uncovered by MotorTrend, previews a future electric pickup for a brand that, well, has never built a true production pickup truck in its 90-year history.

Obvious nods like the quad-beam LED headlights, the svelte front fascia, and the slim taillight fixtures connect the Traykan concept to its production Taycan sibling, albeit loosely. The truck even shares a lot in common visually with the brand's large crossover, the Cayenne; Bouras rendered the two vehicles side-by-side. But the rest of the Traykan's styling is unique.

A single piece of glass creates the windshield and roof. There's a blade-like styling element that connects the smooth features of the front cabin to the more-angular bed, the wheel wells get a rugged plastic treatment, and if you look at the wheels themselves, they're not like anything Porsche currently offers in its lineup. The two-tone black-and-yellow finish, though, is extremely cool.

Take A Closer Look At The Taycan:

Unfortunately, Porsche will probably never build an electric pickup like this. We already know that the Taycan Cross Turismo – a high-riding wagon, of sorts – is coming next year, but that's about as wild as we expect Porsche to go with its electric products. That said, we like the idea of a pickup powered by Porsche, farfetched as it may be.