Pick up some crayons and color the time away.

A lot of people around the world right now are stuck at home either because of quarantines or voluntary social distancing, but if you're looking for something to do, then Audi has an answer. The company has a free, 13-image coloring book available to download. Just print out the pages, get out some pencils, markers, or crayons, and then start making the automotive pictures a lot more vibrant.

The Audi R8 gets a starring role by appearing in scenes on several pages. The company's family-hauling crossovers also get a few images. To pay tribute to the brand's past, there's a big Horch touring car, a 1930s grand prix racer, and Quattro rally machine.

This idea is similar to Ian Callum releasing coloring book images of his new Aston Martin Vanquish 25. While those pictures are the simple depictions you might give to a child to color, the ones from Audi have the complicated, geometric shapes that are more common from the recent trend of adult-focused coloring. 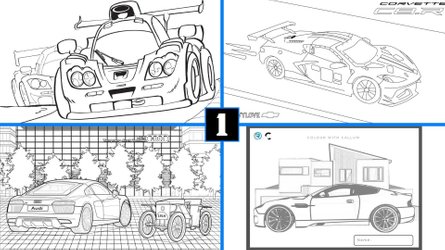 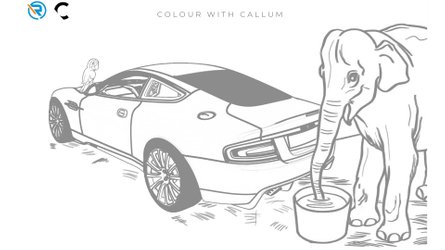 It's nice that Audi is introducing kids to the R8, but their parents might not be able to buy the supercar for much longer – at least not in its current form. The company seems somewhat unsure about whether to keep the moniker alive, which makes some sense because of the R-family of endurance racers no longer competes in top-level racing. Instead, the Four Rings' next range-topping performance model might be electric and take cues from the PB 18 E-Tron concept.