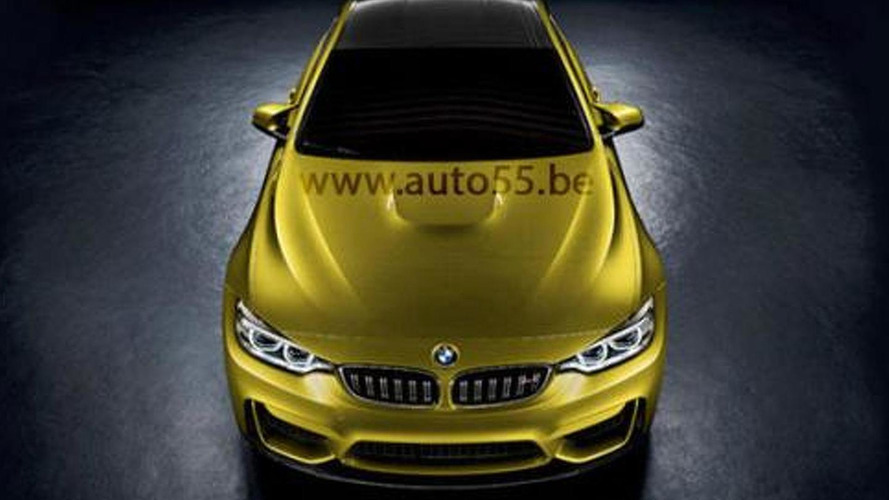 The first purported picture of the BMW M4 Coupe concept has surfaced online.

The first purported picture of the BMW M4 Coupe concept has surfaced online.

Posted by Auto55, the image suggests the car will have an aggressive front bumper with a carbon fiber front lip spoiler. The model also has LED-infused headlights, aerodynamic mirrors and an M6-inspired grille. Other notable features include a 'power dome' hood and a carbon fiber roof.

The publication didn't mention any performance specifications but the model is expected to use a twin-turbo 3.0-liter six-cylinder engine that develops approximately 450 bhp (335 kW) and 550 Nm (405 lb-ft) of torque. Thanks to the extra oomph and several weight saving measures - that could reduce the curb weight by 100 kg (220 lbs) - the M4 could accelerate from 0-100 km/h in a little as 4.2 seconds.

The website says the M4 Coupe concept will debut at the Frankfurt Motor Show, so we could learn more shortly.

Update: The company confirmed plans to introduce a "never before seen concept from BMW M" at the The Quail: a Motorsports Gathering later this week