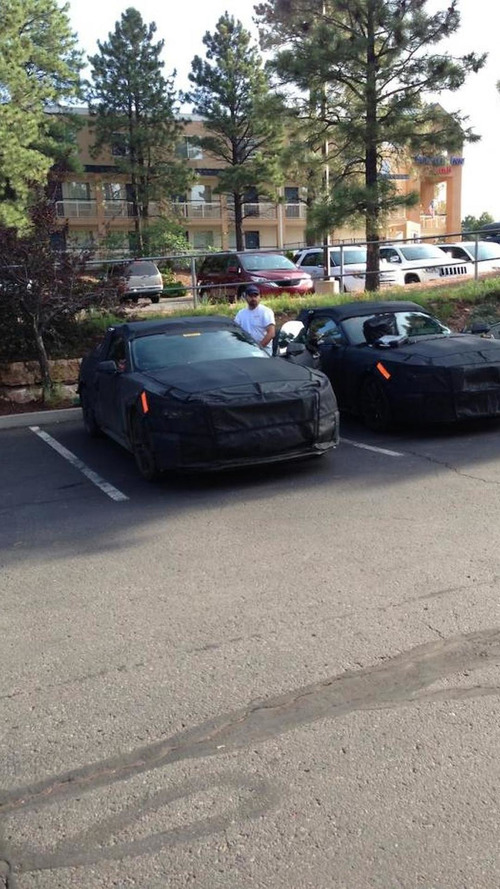 Ford is counting down to the Mustang's 50th anniversary and new details are starting to emerge about the next-generation model.

Ford is counting down to the Mustang's 50th anniversary and new details are starting to emerge about the next-generation model.

According to Edmunds' sources, the pony car will be at least 400 lbs (181 kg) lighter than the outgoing model. If these numbers pan out, the 2015 Mustang could tip the scales at approximately 3,100 lbs (1406 kg) which would make it significantly lighter than rivals such as the Chevrolet Camaro and Dodge Challenger.

To hit this target, the Mustang will reportedly be smaller and use more aluminum than the current model. We can also expect improved structural engineering to help reduce the amount of material that is needed to build the model.

As for the car's dimensions, the unidentified informant said it will be approximately 15 inches shorter and roughly 6.5 inches narrower than the current model.

The source declined to comment on engines but previous reports have indicated the car could be offered with a 2.3-liter four-cylinder EcoBoost that develops 350 bhp (261 kW) and a 5.0-liter V8 that produces approximately 450 bhp (335 kW). There have also been rumors about an entry-level V6 and range-topping Shelby GT350 with "substantially more" than 450 bhp (335 kW).