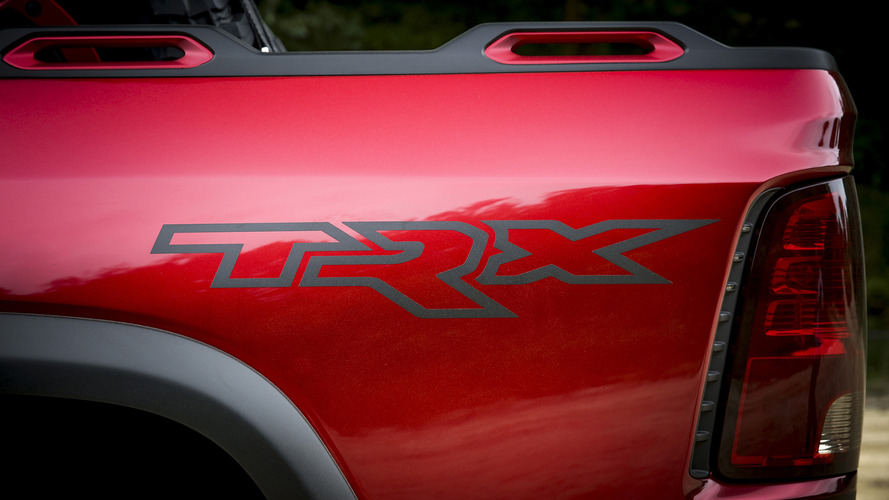 It could borrow from the Hellcat parts bin.

Information about the 2021 Ram Rebel TRX continues to leak from the automaker. While there’s little official info coming from the company, plenty of insiders are talking, giving us a peek behind the development curtain. The latest report from Allpar.com suggests the hopped-up, off-road-ready TRX will further pillage FCA’s parts bin, possibly borrowing from the Dodge Challenger and Charger SRT Hellcat models and the Jeep Grand Cherokee Trackhawk.

The anonymous FCA sources tell Allpar.com that the TRX will have a drive mode selector, changing many of the same parameters as one would expect on the Hellcats or Trackhawk. That means several aspects of the vehicle, such as stability control, throttle sensitivity, shift points, and more, will be changeable.

That includes adjustable steering and suspension systems. However, as Allpar.com points out, it’s not clear if the TRX will retain the Ram’s air suspension system or if it will switch to electric dampers, which would be more in line with what’s available on the other high-performance FCA models. The adjustable electric power steering system will allow for different levels of feedback and stiffness, too, according to the publication.

Another bit of news is that the various drive modes will change parameters in some TRX models, while other models could have some of those parameters locked. Allpar.com doesn’t dive into specifics, though it sounds like there could be various TRX trims available. One of the more recent rumors suggests the truck’s supercharged 6.2-liter V8 could produce several different power outputs, further suggesting the TRX could offer a range of available trims.

The 2021 Ram Rebel TRX is one model we’ve been patiently waiting for to arrive. The concept debuted in 2016, teasing a Ford Raptor competitor, though it wasn’t until late last year when FCA gave the TRX the okay to enter production. The company has been quiet about the truck ever since; however, as the truck’s reveal nears – we don’t know when or where, though it should be sometime later this year – we expect more information, along with spy photos of test vehicles, to appear.