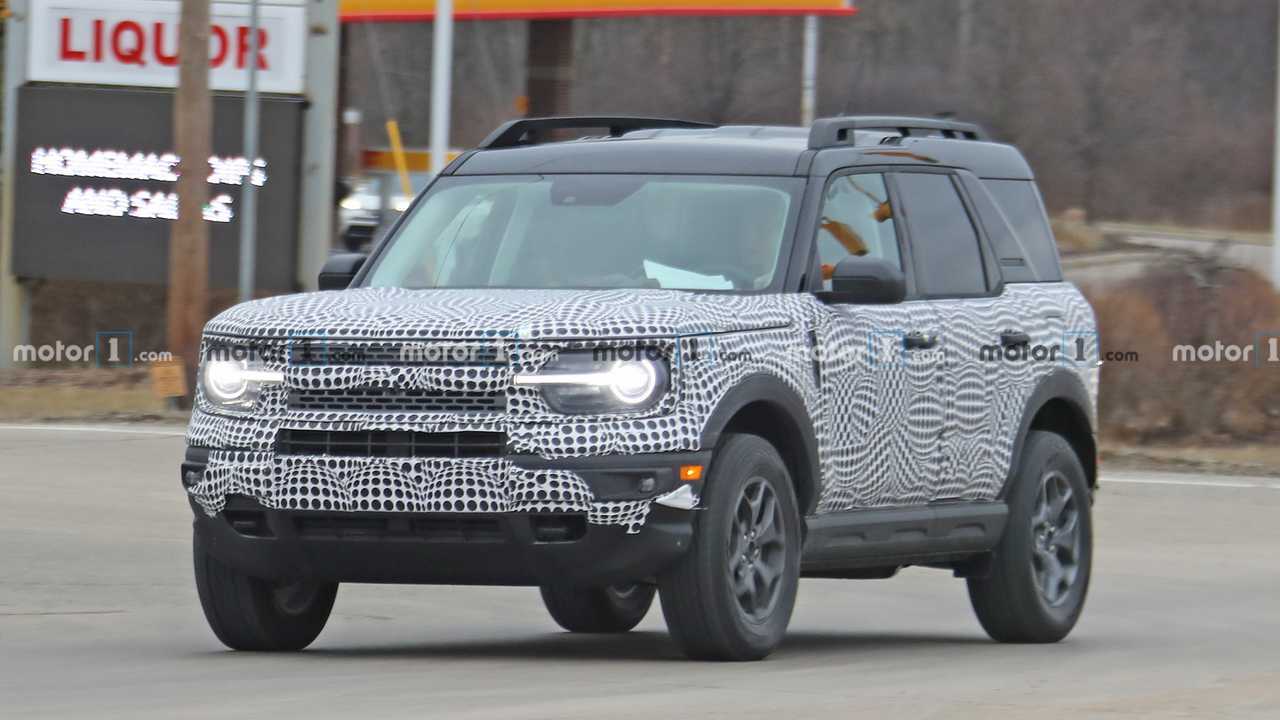 It still wears camouflage on the lower body, but this is a great look at the upcoming crossover.

After getting a very blurry look at the Ford Bronco Sport in a parking lot, here's a view of the upcoming crossover on the road. Best of all, these photos actually let us see some of the vehicle's design details.

The most traditionally Bronco-like element of the Sport is its front end. The headlights are very similar to the ones on the revived, larger Bronco by using circular lamps with a horizontal strip of lights cutting into the center.

Leaked photos of the uncamouflaged vehicle, show that a big Bronco emblem is in the center bar of the grille, and there's black mesh with thin strips of open area. The lower fascia is fairly simple, but there are driving lamps in the corner.

In profile, the Bronco Sport has an angular silhouette. The front end is upright, and the lines are chiseled. The angled C-pillar breaks up the blocky look. These elements give the crossover a tough, rugged appearance. It's a significant contrast from the softer styling of the Escape, which rides on the same platform.

At the back, the hinges near the roof indicate that the glass can open separately from the rest of the hatchback. The wiper seems really small and makes us wonder if it can clear a large enough area actually to help the driver see outward. Look closely below the bumper to see an exhaust exiting from each corner.

The Bronco Sport will have some trim levels that take names from American national parks, like Big Bend, Outer Banks, and Badlands. Customers will be able to get either a 1.5-liter EcoBoost or 2.0-liter EcoBoost engine. Both will come with an eight-speed automatic.

Look for the Bronco Sport to debut soon, possibly at some point in April. The vehicle's existence in the dealer order guide suggests that deliveries should begin before the end of the year.