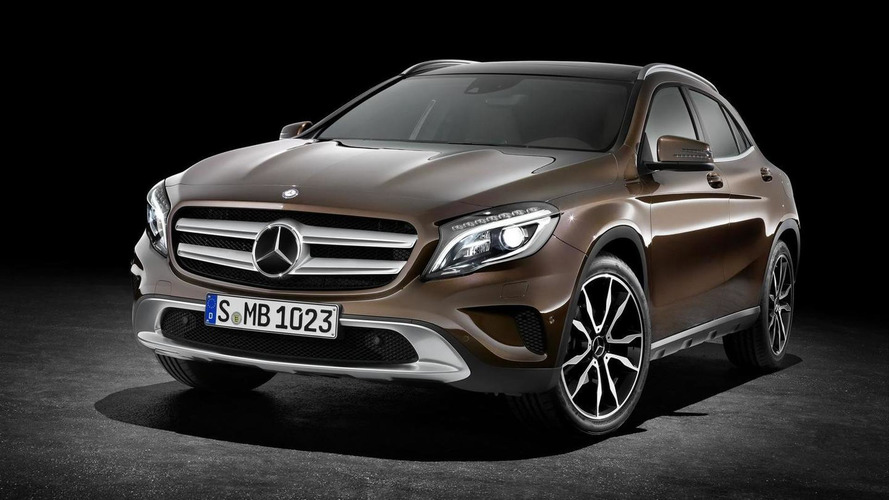 Mercedes-Benz has officially revealed the 2014 GLA, ahead of the car’s public debut scheduled for September at the Frankfurt Motor Show.

Mercedes-Benz has officially revealed the 2014 GLA, ahead of the car's public debut scheduled for September at the Frankfurt Motor Show.

The GLA 250 equipped with 4MATIC will do 0-62 mph (0-100 km/h) in 6.5 seconds before reaching a top speed of 145 mph (233 km/h). The optional all-wheel drive arrangement is also offered for the GLA 220 CDI and both models benefit from a Downhill Speed Regulation (DSR) system and an off-road transmission mode.

Order books will open in UK at the end of November, with deliveries commencing early next year.