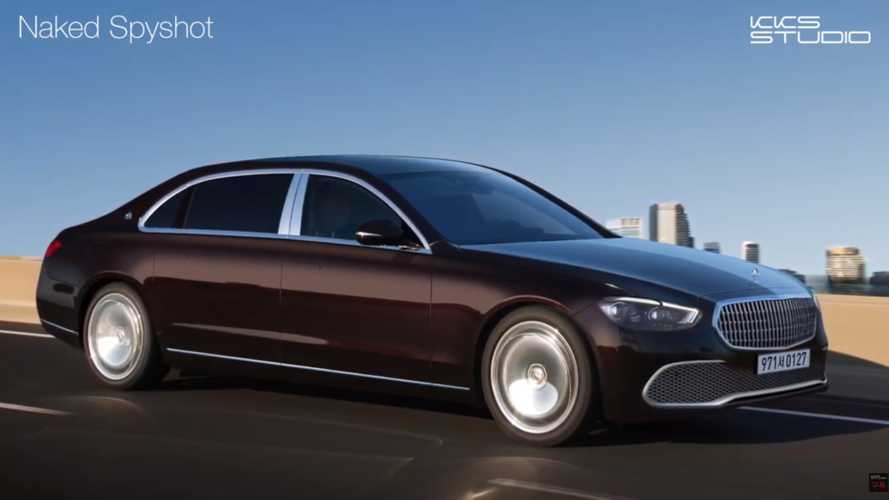 The extra-long luxury sedan could look a lot like this.

The next-generation Mercedes S-Class has been caught testing in both Benz and Maybach forms, but even the most recent prototypes spotted had plenty of camouflage. Someone has now tried to digitally remove the disguise from Daimler’s stately sedan by imagining the all-new S-Class with the double M logo in production form.

It’s still a speculative rendering at the end of the day, but it’s also more than just a shot in the dark since the design exercise takes after the spy shots we’ve seen in recent months. In a video uploaded on YouTube, KKS Studio goes through the design process and shows the new Maybach S-Class with the front grille and bumper adapted from the Maybach GLS.

An All-New S Is Coming:

2021 Mercedes S-Class Spied Without Any Camouflage

The fullsize luxury sedan has been envisioned with the latest headlight design from Mercedes to mimic what the prototypes have been showing, while the flush door handles are a dead giveaway it’s the next-generation S-Class. The rendering doesn’t try to predict the back of the car, but we have a feeling the W223 will bring wider taillights that will extend onto the trunk lid as seen on many other sedans carrying the three-pointed star, including the recently facelifted E-Class.

As far as the interior is concerned, get ready for a revolution. Spy shots have revealed a completely redesigned dashboard with a giant portrait-oriented touchscreen for the MBUX infotainment system. It will pretty much dominate the center console and will incorporate virtually all of the onboard functions seeing as how physical buttons will be kept down to a minimum. The new look might upset traditionalists, but the S-Class has always been a technological tour de force, and it seems the huge screen will play a big part in that.

The Benz-branded S-Class has been confirmed for an official premiere later in 2020, although there’s a pretty good chance we’ll have to wait more for its Maybach counterpart with its even longer wheelbase. Mercedes’ rival for the Bentley Flying Spur is widely expected to retain the V12 engine, but the smaller twin-turbo V8 will represent the majority of sales. A word of warning for those who have set their sights on a specific version of the new S as the standard-wheelbase model is rumored to get the proverbial axe along with the coupe and convertible.