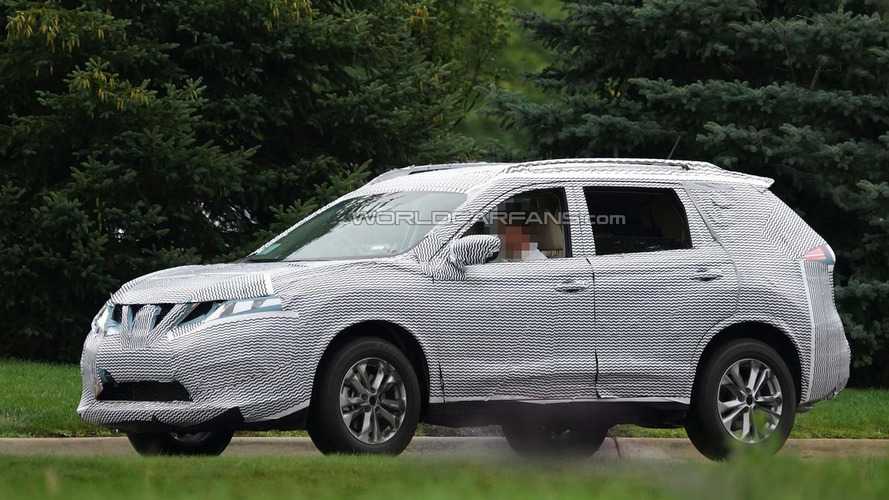 A heavily disguised prototype of the 2015 Nissan X-Trail / Rogue has been spied undergoing testing in United States.

A heavily disguised prototype of the 2015 Nissan X-Trail / Rogue has been spied undergoing testing in United States.

Despite the serious amount of camo, we already pretty much now the car's design after seeing the patent photos which surfaced the web at the beginning of the year. The new "V" front grille treatment will be seen on the next-gen Qashqai and later on the third-gen X-Trail which will be influenced by the Hi-Cross Concept presented at last year's Geneva Motor Show.

Some form of hybridization will probably be available for the 2015 X-Trail since the concept was envisioned with a 2.0-liter gasoline mill and an electric motor working together with the company's XTRONIC continuously variable transmission.

A public reveal should occur at next year's Geneva Motor Show before going on sale in late 2014 as a 2015MY.