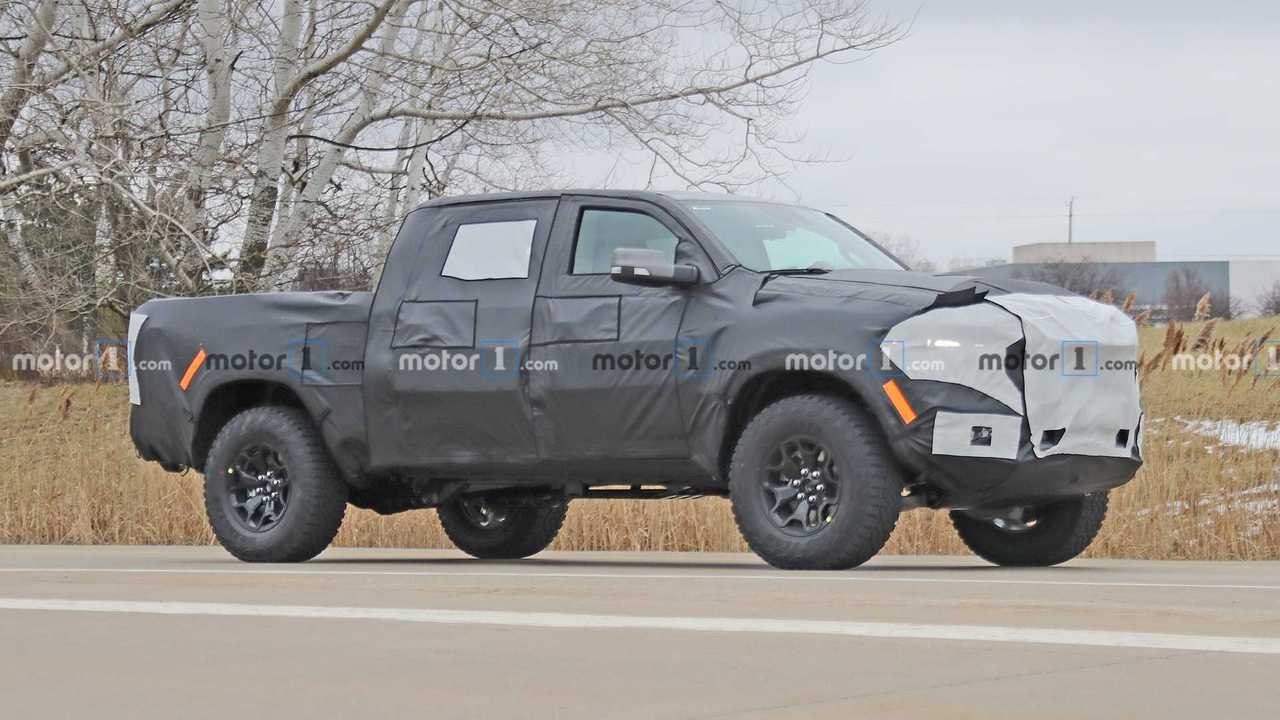 It hints at a supercharged 6.2-liter Hemi V8.

We’ve been patiently waiting for any bit of news about the Ram Rebel TRX ever since Fiat Chrysler Automobiles confirmed last year it'd enter production. There’ve been dribbles of information, but there’s still a lot we don’t know about the hopped-up Ram pickup truck. However, as we approach the truck’s reveal, we expect some info to leak, like the latest bit from The Fast Lane Truck that breaks down the TRX’s VIN plate.

An anonymous insider source sent the publication a pic of the plate, which will allegedly sit atop the center console. We can see the stylized TRX font at the top along with “Designed By FCA” and “Auburn Hills, MI.” Below that is an American flag in the center, flanked by the engine and supercharger information – a 2,380-cc twin-scroll supercharger powers a 6.2-liter Hemi V8. Below that is the horsepower and boost pressure, but both of those spots are left blank. At the bottom is the “VIN Number” with the Ram logo beneath it. Check out the plate at TFL Truck.

The Ram Rebel TRX Is Coming:

Rumors about the truck continue to swirl as other publications cite their own anonymous sources. The 6.2-liter V8 should produce 707 horsepower (527 kilowatts), though TFL Truck’s latest rumors suggest the mill could produce several different power levels from the factory. Another new tidbit is about the TRX’s performance air intake system, which is allegedly similar to the one used on the Dodge Viper. The mill will also pair with a ZF-sourced eight-speed automatic gearbox.

When the 2021 Ram Rebel TRX arrives, it should look a lot like the concept from 2016 and the bright-yellow pickup found on FCA’s Drive for Design contest poster from earlier this year. Inside, the VIN plate will allegedly sit above a 12-inch infotainment system and a tried-and-true shift lever. The Rebel TRX is expected to arrive as a 2021 model with FCA likely revealing the new pickup sometime later this year.