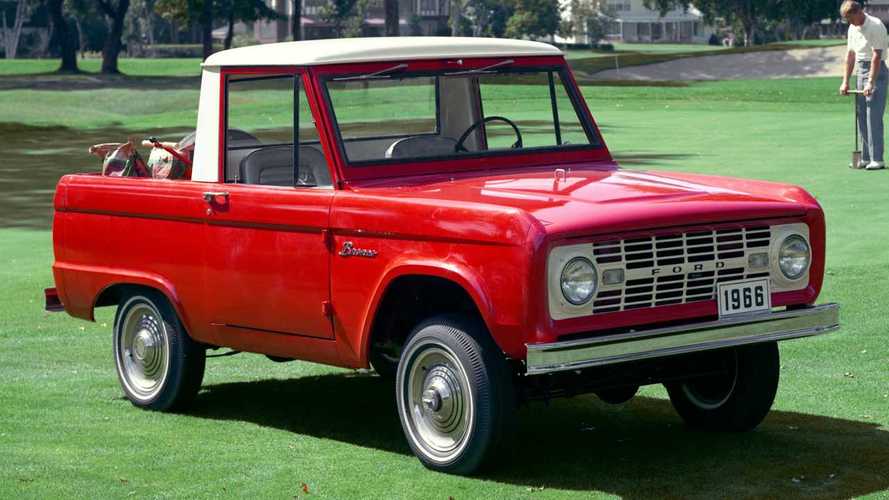 Meanwhile, an all-new Bronco is on the horizon.

Ford’s revived Bronco is shaping up to be one of the hottest new models this year. Leaked photos already previewed the off-roader and it’s looking very promising so far. The new Bronco should be here very soon to succeed the original launched for the 1966 model year, which was almost given a very different yet very familiar name.

In a new report, FoxNews tells the story of how Ford had several ideas for the original SUV which was initially codenamed the Bronco during the development process. It was supposed to join the Mustang in the brand’s lineup as a “four-wheel-drive sports car” and a number of alternative names were considered by the marketing department. Ford archivist Ted Ryan told the online publication that Ford was even toying with the idea of calling the vehicle… the Ford Wrangler.

Back then, Jeep’s off-roader, the predecessor of today’s Wrangler, was simply called the CJ and it wasn’t until 1987 that the series was rebranded to Wrangler. After discussions, Ford’s product planner Don Frey eventually decided to continue the project with the original Bronco moniker which had a stronger connection to the Mustang.

The New Bronco Is Coming!

The Bronco will be back to Ford’s showrooms in a few months as the manufacturer is expected to reveal the revived SUV this spring. It will arrive in at least two versions - the regular Bronco and the smaller Bronco Sport, and there are also rumors of a Bronco truck. The car’s pretty much out of the bag when it comes to the first two as unofficial photos revealed most of the designs of both SUVs, confirming they’ll get very different exteriors. All should be revealed in a couple of weeks.