Someone Rendered A Pontiac Aztek Off-Roader And We're Digging It 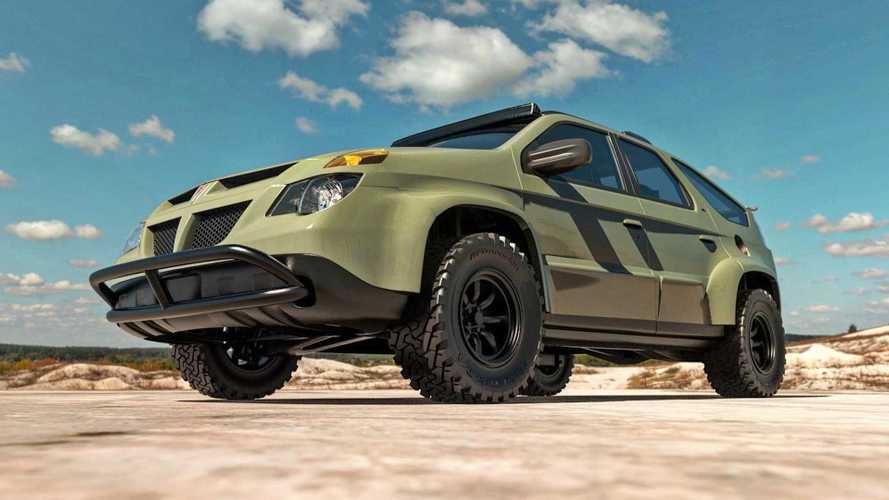 We never thought this day would come.

The beauty of writing on a weekend is that we’re almost free to write about anything. We can even write about a vehicle that’s regarded as one of the ugliest cars in the world, the Pontiac Aztek.

You might say that "yeah, it's just another rendering" but trust us, this one's different. Many have tried, a lot have failed, but redesigning the Aztek and its peculiar proportions seem to be a useless effort – until today.

Go ahead, tell your friends and call your ex-girlfriend, but I think someone has finally done it. A rendering of the Aztek has been made and it actually looks great. We never thought that a day would come that those words would fit in a sentence.

Yes, even I couldn’t wrap my head around the fact that there is actually a way to make the Aztek look decent. Props to Abimelec Design, which shared the work via its official Facebook fan page. With a green paint job – which we think would look more badass in matte finish – the Aztek looks a bit suitable for military use.

Actually, I believe that’s the very thing that made this rendering work. The armored vehicle appeal work for the crazy proportions of this Pontiac SUV because frankly, military vehicles do kind of look disproportional, don’t they?

Here Are Those Who Tried:

Another thing to point out is the huge set of wheels that come in black. The new shoes improve the other problem with the Aztek, and that’s the seemingly small rims it once had.

With a few off-roading touches here and there, this fictional Aztek could very well be hailed as the best-looking Aztek there is. It’s just sad that this is just a fictional vehicle but if this was to be real, I would probably buy and drive one – and I’m pretty sure I won’t be alone with this notion.