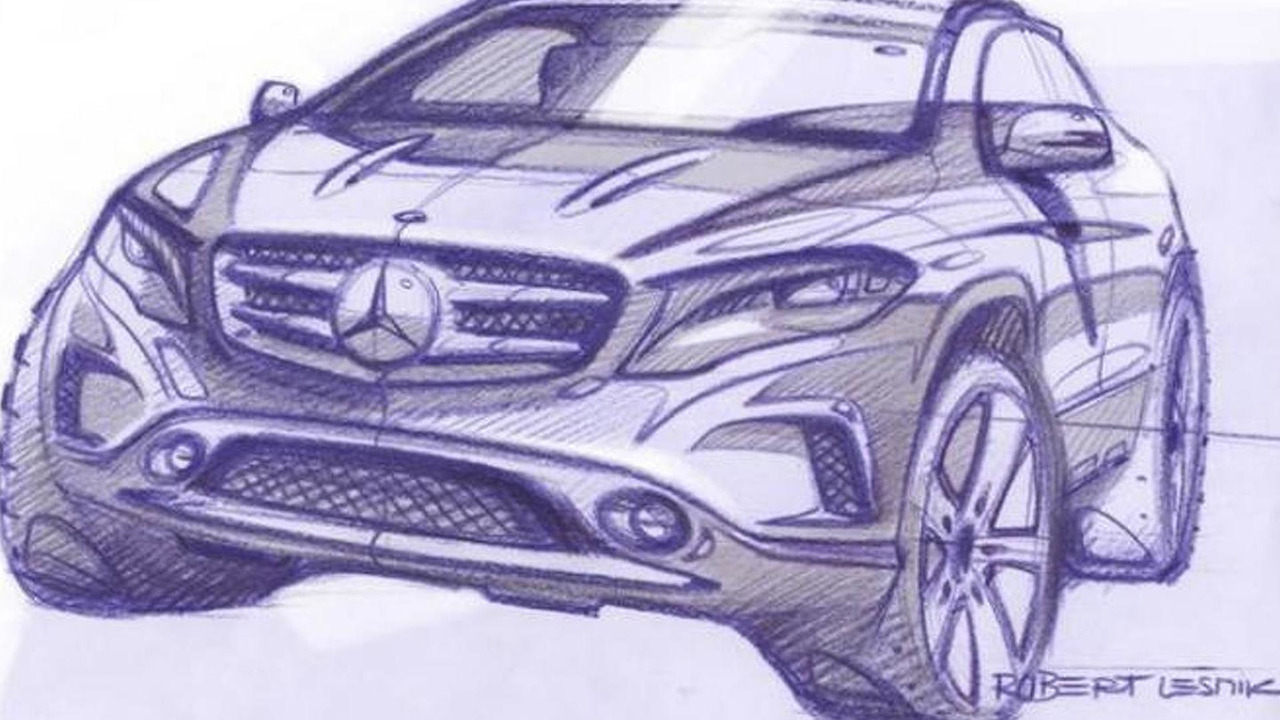 We are about a month away from GLA's launch at IAA so naturally Mercedes-Benz has started to create a buzz around its A-Class-based crossover. Last Friday they uploaded on the social network a photo depicting a barren piece of land with the caption "Something's coming. Stay tuned!" and today they published two design sketches of the GLA.

The production version will be a follow-up to the GLA Concept shown earlier this year at Auto Shanghai and will essentially be a high-riding A-Class with bulging fenders, tailgate-mounted spoiler, two-bar grille and almost identical interior cabin. Engine lineup will be carried over and should be topped by a 360 HP (265 kW) four-cylinder, 2.0-liter turbo in the GLA45 AMG.