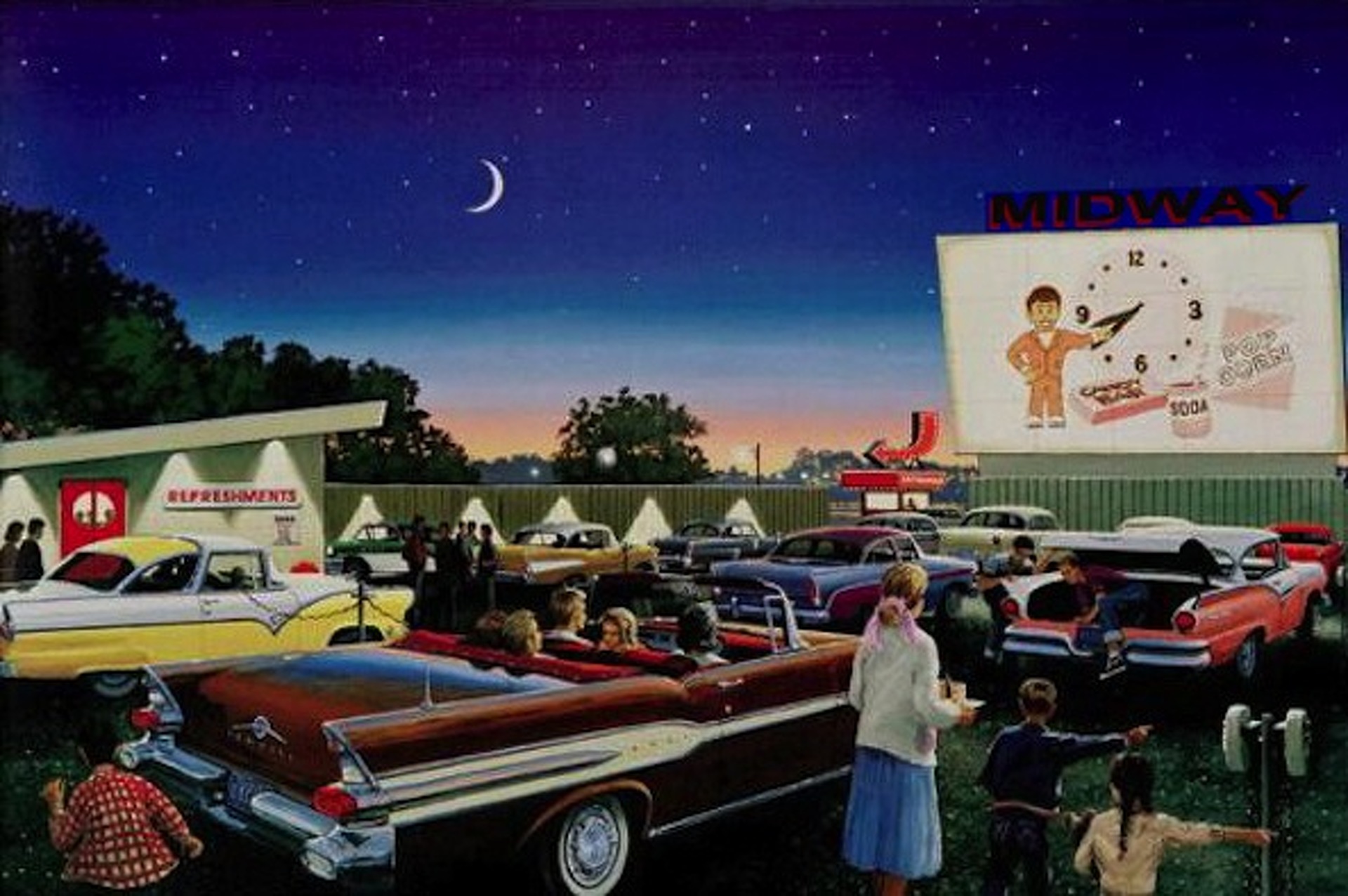 In Los Angeles, coronavirus fears led more people to drive-in theaters last week. According to a story in the Los Angeles Times, the Paramount Drive-In in suburban LA saw ticket sales double from the norm, as more people seek diversions while still being mindful of advice and mandates to practice social distancing.

It’s not just LA, either. The Times interviewed drive-in owners in Kansas, Okalhoma, and Missouri, many of whom reported increased car traffic and viewers in the last several days. Some theaters, however, have opted to close their doors as a safeguard against spreading the COVID-19 pandemic.

The first drive-in popped up in 1933 in Camden, New Jersey, as a way to capitalize on America’s growing love of cars. According to Smithsonian magazine, auto parts salesman Richard Hollingshead first conceived of the idea when trying to find a cinema solution for his mother, whose – ahem – stature prevented her from easily sitting in movie theater seats. After creating a unique ramp system that allowed vehicles to park in front of one another without blocking the screen, Hollingshead opened his theater on June 6, 1933.

Drive-in movies were at the height of their popularity in the 1950s, but since then these unique theaters have gradually disappeared from American roadsides. The United Drive-In Theater Owners Association reports that today, there are 305 theaters in the U.S., supporting a total of 549 screens.

As coronavirus concerns (and infections) spread, however, it’s possible that even drive-in theaters will be forced to close. The Paramount Drive-In, for example, is likely subject to the shelter-in-place restrictions that were announced for the state of California last night and forced the closures of all non-essential businesses. The theater hasn’t yet responded to a Motor1 request for clarification. The Los Angeles Times reported that a drive-in in Tusla, Oklahoma, is asking for an exemption to a city-wide mandate that all movie theaters close, making the case that the business is similar to drive-thru restaurants, which many cities allow to remain open even in shelter-in-place situations.