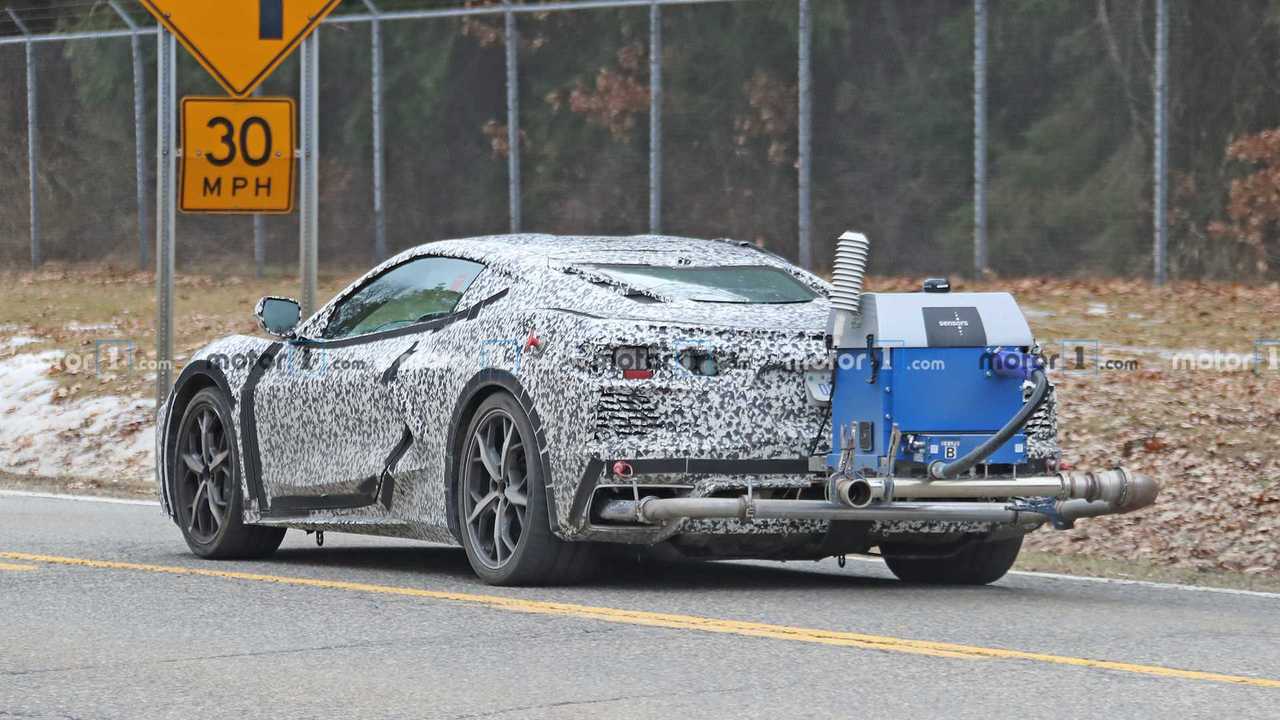 Could this be the long-rumored hybrid model?

The 2020 Chevy Corvette C8 is finally rolling off the assembly line, and it’s likely the first of several new mid-engine Corvette models Chevy will release. Rumors of a hybrid variant have been running rampant since Chevy introduced the C8 last summer. Previous spy photos have purported to show the long-rumored, though elusive, Corvette hybrid, but Chevy has been quick to call foul. However, our latest batch of spy photos muddles that narrative a bit.

Previous spy photos of alleged Corvette C8 hybrids have shown a cable protruding from the hood next to a bright red button – likely a kill switch. Chevy has said in the past that the cable is needed for easier access to the car battery. However, the test vehicle in the new spy photos has a whole lot more attached to it than a single red button with a cable sitting next to it.

Is A Hybrid C8 Corvette Coming:

The new photos show a massive machine attached to the rear of the Corvette. The system sits off the back with piping running underneath it from the car’s exhaust to a different outlet, running the exhaust through an analyzer, according to our photographers. They also said the additional red button – likely another kill switch – on the rear quarter panel kills power to the electric motors, just like the front button. It’s unlikely Chevy is performing more emissions testing for a make and model that’s already on sale and in the hands of customers.

The contraption raises more questions than it answers. We are approaching the one-year anniversary of the C8 unveiling with no new models yet joining the lineup. Chevy has stated time and time again that the future is electric, and if Chevy wants to keep the Corvette, that means powering it with electrons instead of gasoline will happen at some point. A hybrid would be a good first step.